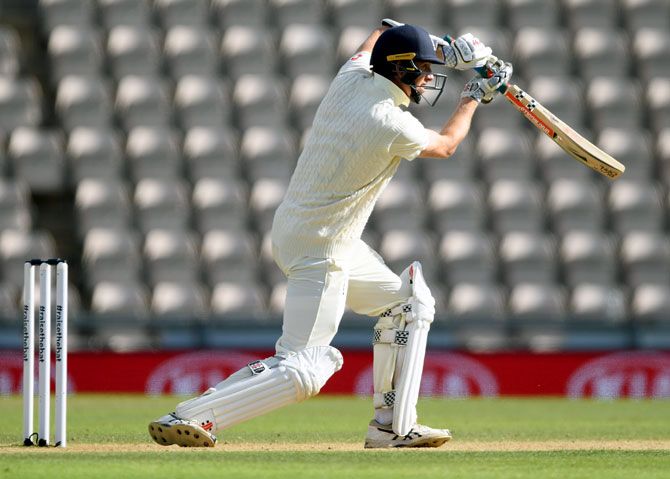 England ended day four with a 170-run lead over West Indies as Zak Crawley and Dom Sibley notched up half-centuries in the second innings of the first Test at the Ageas Bowl in Southampton on Saturday.

Crawley walked out to the crease with England 113-2 and trailing the visitors by one run, and stitched an important 98-run partnership with captain Ben Stokes.

Stokes struck six boundaries in his 79-ball 46 before being dismissed for the second time in the match by West Indies skipper Jason Holder, slashing a short ball straight to Shai Hope at gully. 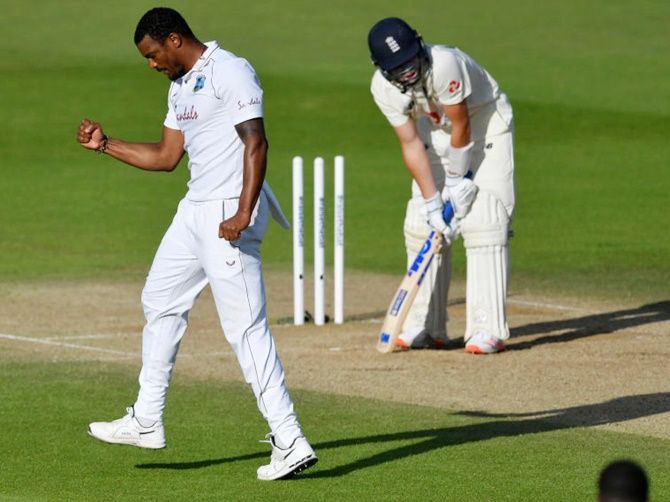 Crawley, 22, missed out on his maiden Test century as he was dismissed for 76 after his attempted flick off the pads flew straight to Alzarri Joseph, who took a good catch in his follow through.

Jos Buttler was fortunate after a leg-before decision to Holder was overturned on review but he departed in the following over, his stumps sent cartwheeling by Joseph. 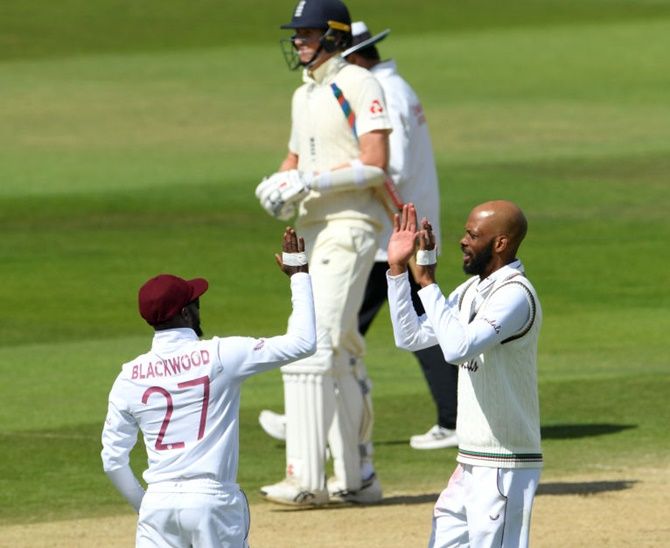 Shannon Gabriel dismissed Dom Bess and Ollie Pope in quick succession to leave England tottering before Jofra Archer and Mark Wood saw them through to stumps at 284-8.

Earlier in the day, resuming England’s second innings on 15-0, Sibley and Rory Burns saw off a testing opening burst from Gabriel and Kemar Roach before settling into their stride. Sibley’s innings looked to have come to an end shortly after he brought up his half century as he dragged a short delivery from Gabriel onto his stumps but replays showed the West Indies pacer had overstepped, handing the England opener a lifeline. However, Sibley failed to capitalise as he was dismissed for 50 in the same over, edging a wayward delivery down the leg side to wicketkeeper Shane Dowrich.

Joe Denly battled hard for his 29 before chipping an innocuous delivery from Chase straight to Holder at mid-wicket. West Indies had taken a commanding 114-run lead in the first innings after posting 318 in response to England’s 204.

The Test is the first international cricket match after a 117-day absence because of the COVID-19 pandemic.

© Copyright 2020 Reuters Limited. All rights reserved. Republication or redistribution of Reuters content, including by framing or similar means, is expressly prohibited without the prior written consent of Reuters. Reuters shall not be liable for any errors or delays in the content, or for any actions taken in reliance thereon.
Related News: ECB, Dom Sibley, Rory Burns, England, IMAGE
SHARE THIS STORYCOMMENT
Print this article 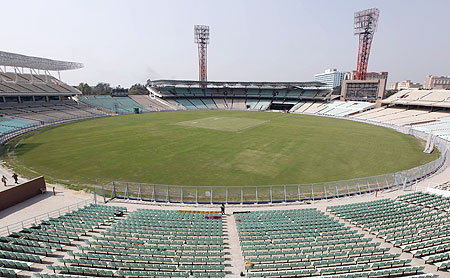