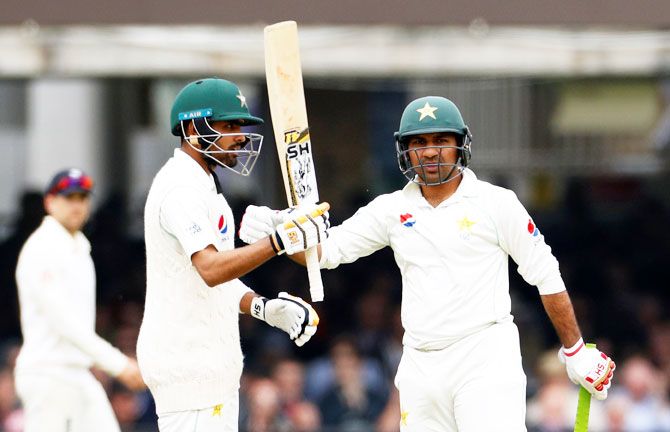 Pakistan patiently advanced to 350 for eight against a toothless England attack to take control of the first Test on the second day at Lord's on Friday.

Azhar Ali, Asad Shafiq, Babar Azam and Shadab Khan made half-centuries in a solid batting display which left the touring side 166 runs ahead and in a strong position to go 1-0 up in the two-match series.

England, bowled out for 184, toiled on another overcast day at the home of cricket, dropping several catches in a sloppy performance which did little to lift morale following their heavy Ashes defeat and series lost in New Zealand.

Resuming on 50 for one, Azhar and Haris Sohail were untroubled by the England seam attack in the first hour and Azhar played one glorious cover drive for four off Mark Wood as the pair took the total to 87. Wood made the breakthrough when Sohail edged an outswinger to wicketkeeper Jonny Bairstow to depart for 39.

England captain Joe Root rotated his fast bowlers in an effort to unsettle the batsmen before turning to off-spinner Dom Bess in his first Test.

Azhar nudged the 20-year-old for a single to bring up a half-century that included six fours, but the compact right-hand batsman failed to add to his tally, falling lbw to a full-length delivery from James Anderson.

Shafiq and Azam took Pakistan to 136 for three at lunch and the pair continued to gather runs comfortably in the afternoon session. IMAGE: Pakistan's Azhar Ali looks dejected as he walks off after losing his wicket. Photograph: John Sibley/Action Images via Reuters

Shafiq chopped Wood high over the slips to reach his half-century and moved on to 59 before he was surprised by a short ball from Ben Stokes which looped up off his bat to Dawid Malan at second slip.

Azam played some wristy strokes to reach fifty but he lost his partner Sarfraz Ahmed just before tea when the captain skied a pull off Stokes and was well caught by a diving Wood on the fine-leg boundary.

Azam was forced to retire hurt on 68 after being struck a painful blow on the arm by Stokes but Shadab Khan and Faheem Ashraf played positively to extend their team's lead. 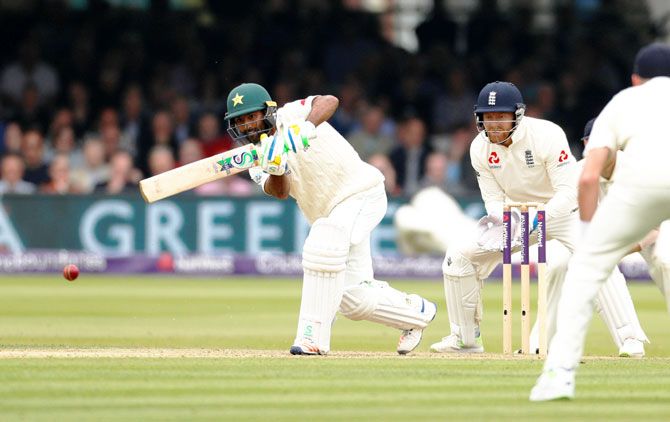 Shadab was badly dropped by Alastair Cook at second slip off Anderson before the experienced seamer bowled Faheem off the inside edge for 37.

The 19-year-old Shadab passed 50 for the second time in his three Tests and was unlucky to be caught down the leg-side by Bairstow off Stokes for a valuable 52.

Hasan Ali was caught by Jos Buttler at gully off Anderson without scoring, but Mohammad Amir survived to the close unbeaten on 19 with Mohammad Abbas (nought) and Pakistan will bid to increase their lead before attempting to bowl England out cheaply again on day three.

© Copyright 2020 Reuters Limited. All rights reserved. Republication or redistribution of Reuters content, including by framing or similar means, is expressly prohibited without the prior written consent of Reuters. Reuters shall not be liable for any errors or delays in the content, or for any actions taken in reliance thereon.
Related News: John, England, Azhar Ali, Asad Shafiq, IMAGE
SHARE THIS STORYCOMMENT
Print this article 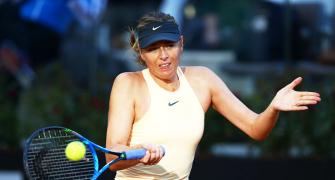 Sharapova will be fearless at French Open: Evert 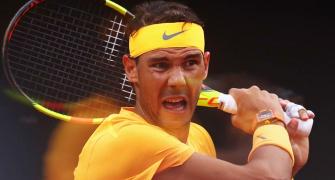 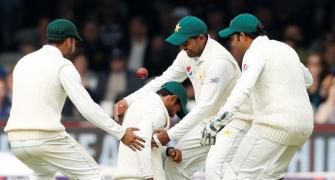 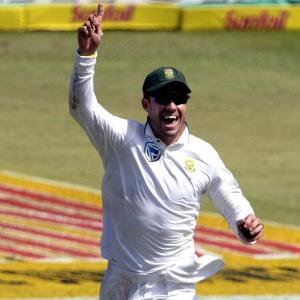 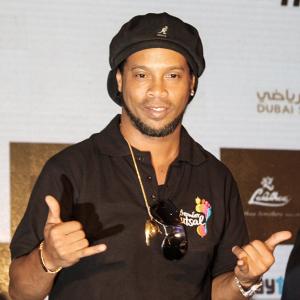 Ronaldinho NOT getting married to two women