IMAGES from Day 4 of the 3rd Test played between England and New Zealand at Headingly on Sunday. 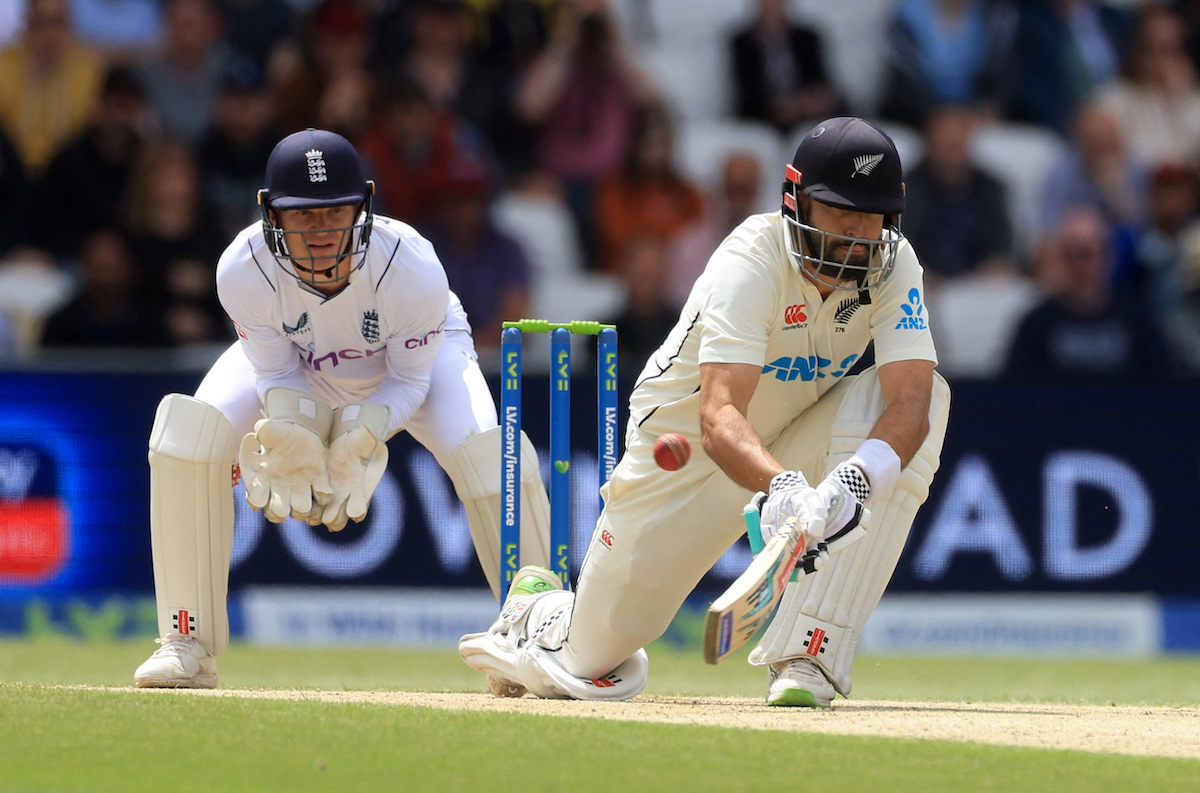 England are 113 runs away from completing a series whitewash against New Zealand after the hosts put themselves in a commanding position with eight wickets in hand in the final innings of the third test on Sunday. Chasing 296 for victory, Ollie Pope and Joe Root were at the crease at stumps after the pair made light work of a competitive target as England finished day four on 183-2.

The pair set up what promises to be an intriguing final day, with Headingley hopeful of having a packed house as they look to replicate the Trent Bridge test's atmosphere by offering free tickets.

England lost Alex Lees to a run-out after a mix-up in the fifth over while his opening partner Zak Crawley (25) was caught in the covers off Michael Bracewell, with skipper Kane Williamson involved in both dismissals. 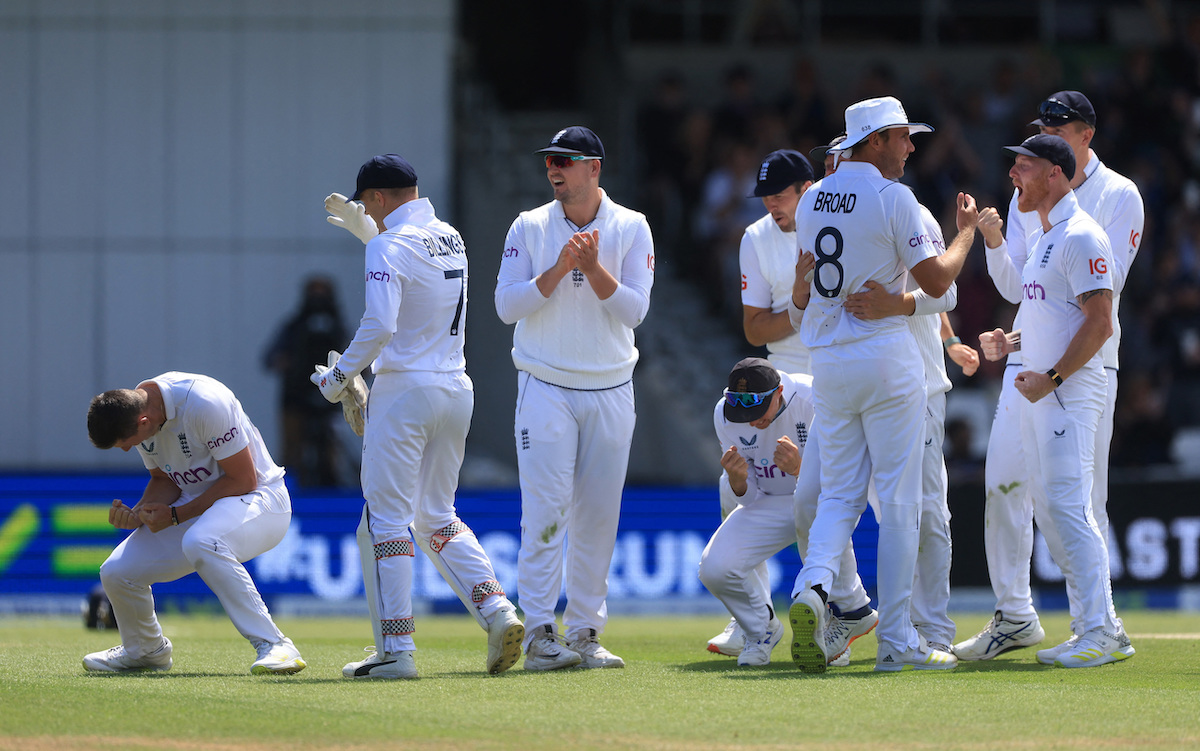 But Pope (81) and Root (55) steadied the ship with an unbeaten 132-run partnership as they saw off the fast bowlers and targeted spinner Bracewell, who went for over six per over. New Zealand also lost two reviews in successive balls when Root was rapped on the pads. The former England skipper survived on both occasions, giving Williamson a lot to ponder every time there was a shout for leg-before wicket.

New Zealand were dismissed for 326 to set England a target of 296 for victory after the in-form Daryl Mitchell and Tom Blundell had again frustrated the hosts on the fourth day of the third test at Headingley on Sunday.

England's momentum gained by taking three wickets late on the third day seemed to be fading away in the morning as Mitchell and Blundell continued their fine form in the series and batted through the first session after resuming on 168-5. This time the review went in England's favour and it opened the floodgates as spinner Jack Leach took centre stage, picking up five wickets in an innings for the second time in the match.

Michael Bracewell (9) attempted to hit Leach for one six too many, finding Zak Crawley on the deep midwicket boundary, before Tim Southee was bowled by the spinner. Neil Wagner was dismissed when substitute wicketkeeper Sam Billings clung on to a catch with his knees and Trent Boult was the last to fall when he was bowled by Leach, leaving Blundell stranded on 88 not out.

Resuming in the morning on 168-5, New Zealand comfortably negotiated the early swing in gusty conditions to build a lead of 223, with Mitchell on 44 not out and Blundell unbeaten on 45.

England made 360 in response to New Zealand's first-innings 329, but the momentum gained by taking three quick wickets late on the third day faded away as Mitchell and Blundell dropped anchor. 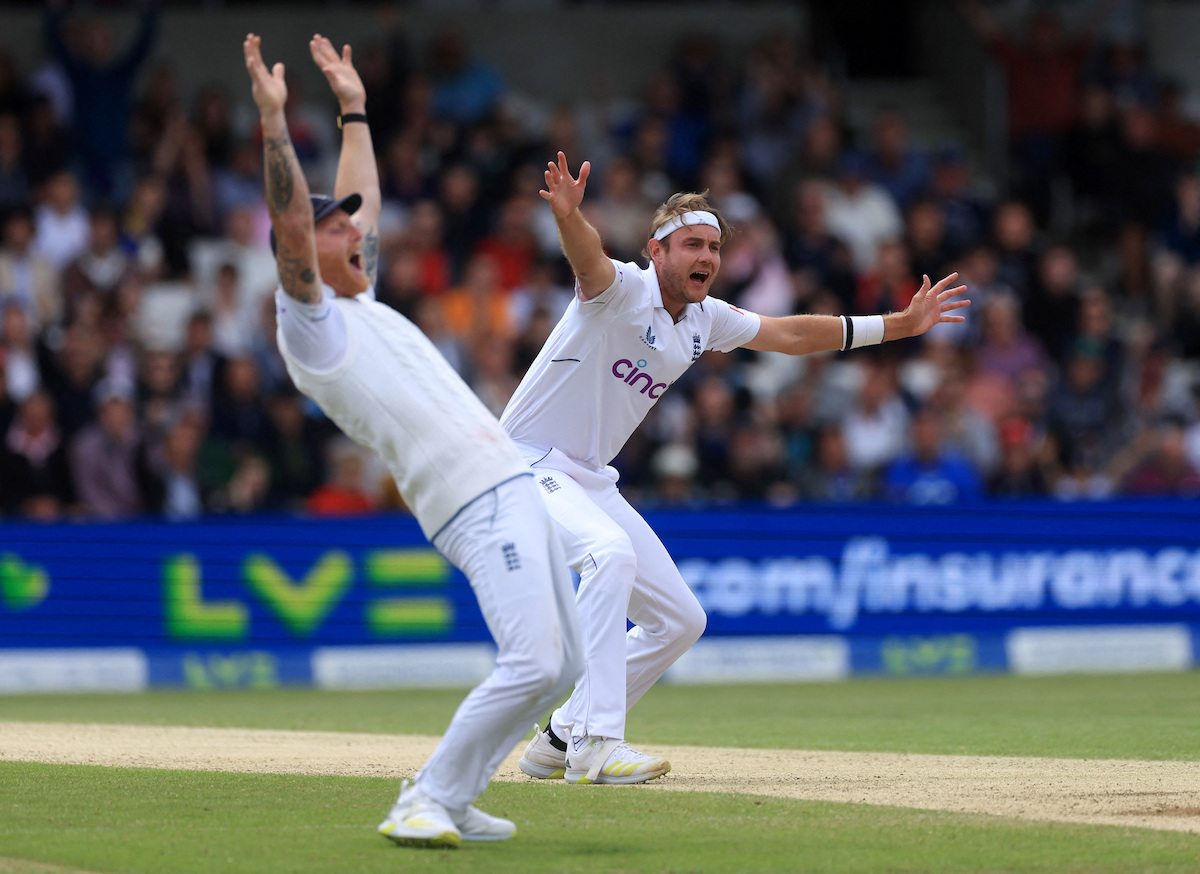 New Zealand comfortably negotiated the early swing in gusty conditions before Mitchell and Blundell completed their half-centuries after lunch.

The pair also saw off a bit of the new ball before fast bowler Matthew Potts finally broke the 113-run stand, much to the delight of the Headingley crowd. Blundell first survived an lbw decision after the batsman reviewed before Potts dismissed Mitchell (56) with a similar delivery that rapped him on the pads. 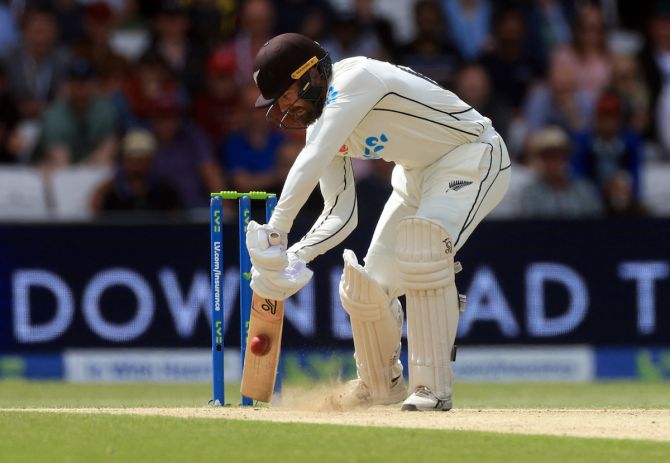 The last five wickets fell for 52 runs as Leach became the first England spinner to claim two five-wicket hauls in a home Test since Derek Underwood in 1974.

The hosts were dealt a blow before play started when wicketkeeper Ben Foakes was ruled out of the remainder of the game after testing positive for COVID-19, with Billings brought in as a substitute. England, 2-0 up, are bidding to win every match of a home series with at least three tests for the first time since their 4-0 rout of India in 2011.