Images from Day 4 of the first Test between Australia and New Zealand in Perth on Sunday. 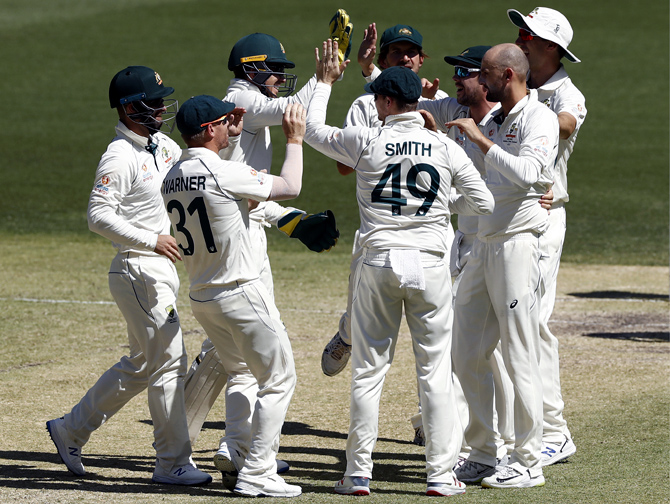 Australia cleaned up a hapless New Zealand under lights on the fourth day to secure a commanding 296-run victory in the first Test on Sunday.

Chasing a record 468 runs, New Zealand crumbled against sustained bowling from Australia’s undermanned attack and were bowled out for 171 in a lopsided contest.

A rejuvenated Australia have won their third straight Test of the home season since retaining the Ashes in England and stretched their unbeaten run in day-night matches to seven.

“It was a pretty solid performance considering we were a bowler down for two innings and not having an all-rounder in our side,” Australia captain Tim Paine told reporters. “Really rapt with that performance particularly from our bowlers.” 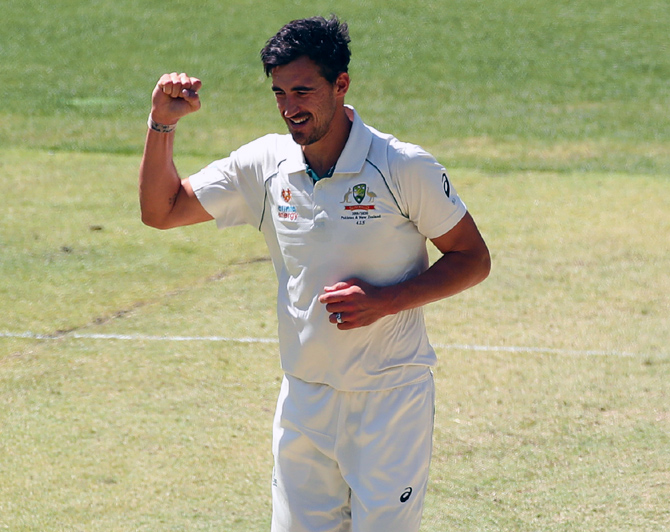 BJ Watling (40) and Colin de Grandhomme (33) stonewalled in a bid to stretch the Test into a final day, but their dismissals triggered a swift end. Quick Mitchell Starc and spinner Nathan Lyon claimed four wickets apiece.

The tourists’ chase on a deteriorating Perth Stadium pitch got off to a disastrous start when opener Jeet Raval and Kane Williamson (14) fell before the tea break.

Lyon picked up the prized wicket of Williamson with his first ball as the New Zealand skipper meekly poked to short leg.

Raval made just one for the second time in the match, falling to a sharp Starc delivery.

Ross Taylor, who top-scored with 80 in New Zealand’s first innings, stonewalled alongside Tom Latham before losing patience and edging an attempted pull shot off Starc for 22.

Latham soon departed for 18 when he was trapped lbw by Lyon in a decision overturned on review.

Watling had luck on 27 when he was given not out after a loud appeal for caught behind off Lyon. Replays showed he had edged the ball but Australia declined to review. He then was dropped on 30 by Steve Smith at slip.

Smith, however, made no mistake when De Grandhomme edged a fierce short ball from Cummins.

Watling’s charmed life ended when he gloved a short delivery from Starc in a decision overturned on review to effectively signal the end of New Zealand’s resistance.

Australia dominated throughout with their formidable first innings total setup by a majestic 143 from Marnus Labuschagne in his third straight ton. Starc, who was sidelined for most of the Ashes series, overwhelmed New Zealand with a nine-wicket haul. 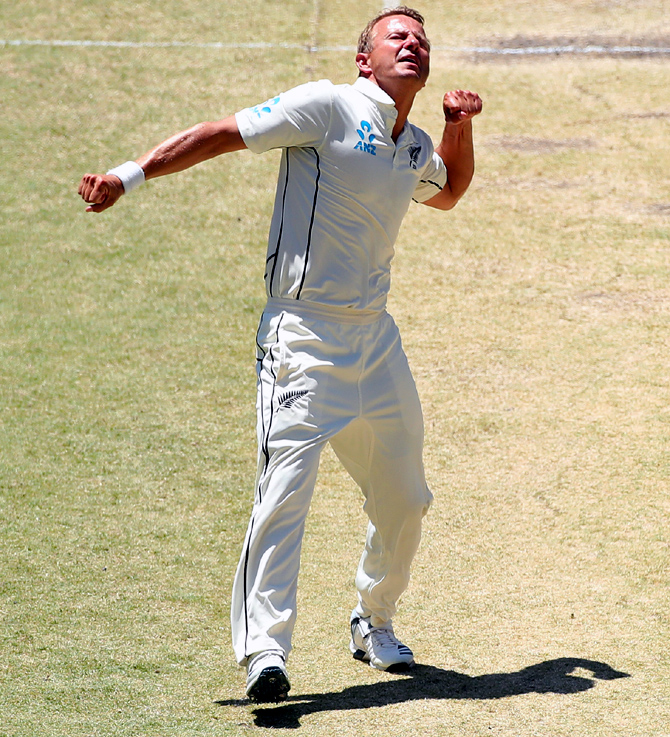 Both teams were without a paceman after debutant Lockie Ferguson, himself a replacement for injured New Zealand spearhead Trent Boult, and Josh Hazlewood suffered leg injuries on the opening two days.

Williamson said Australia deserved the series-opener but lamented his team’s lack of preparation for the vagaries of day-night cricket. Australia, in contrast, had thrashed Pakistan with the pink ball in Adelaide earlier this month.

“There are some parts to the pink ball test that are unique, especially the night time part,” he said. “Australia were outstanding throughout this game. Their pink ball tactics were right on point.”

Williamson said Boult was “looking likely” to take his place in the second Test.

Oppressive weather conditions continued for the fourth straight day as the temperature peaked at 41 degrees Celsius.

The series shifts to the traditional Boxing Day Test in Melbourne before concluding with the New Year’s Test at the Sydney Cricket Ground.

© Copyright 2020 Reuters Limited. All rights reserved. Republication or redistribution of Reuters content, including by framing or similar means, is expressly prohibited without the prior written consent of Reuters. Reuters shall not be liable for any errors or delays in the content, or for any actions taken in reliance thereon.
Related News: New Zealand, Pat Cummins, Neil Wagner, Mitchell Starc, Jeet Raval
SHARE THIS STORYCOMMENT
Print this article