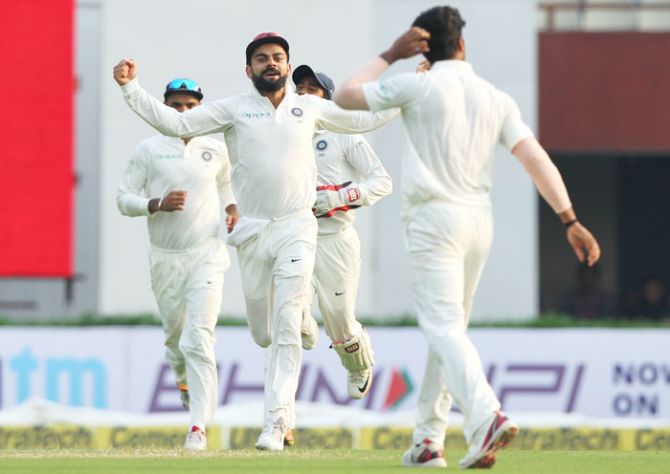 Fifties from Lahiru Thirimanne and Angelo Mathews kept Sri Lanka firmly on course for a handy first-innings lead against India on day three of the rain-hit first Test on Saturday.

The islanders, bidding for their first Test victory in India, dismissed the hosts for 172 and closed on 165-4. 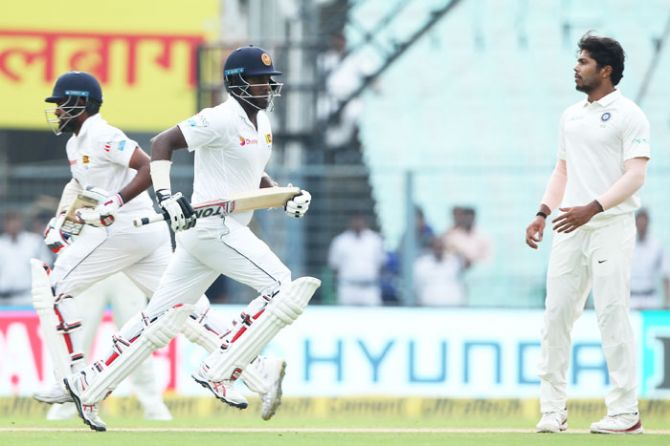 Niroshan Dickwella was batting on 14 when bad light stopped play and skipper Dinesh Chandimal was on 13 with the tourists seven runs behind.

After bowling out the hosts, Sri Lanka looked to make up for lost time by scoring at nearly four runs an over to consolidate their position as the rain finally stayed away after allowing only 32.5 overs in the first two days. 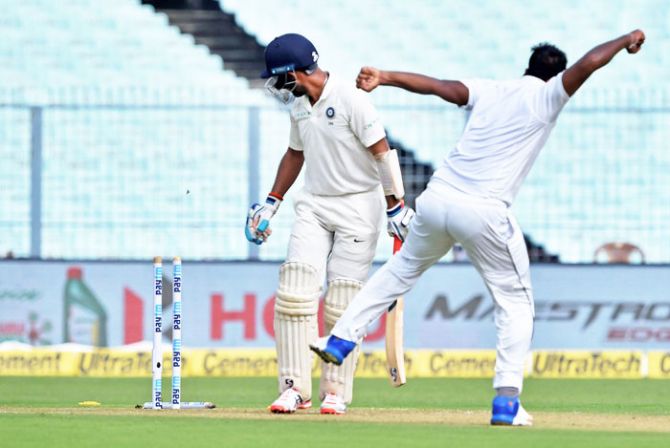 Resuming on a precarious 74-5, the bottom half of the Indian order contributed 98 valuable runs in the morning session to lend some respectability to their total on a green EdenGardens track.

Overnight batsman Cheteshwar Pujara hit Rangana Herath for his 10th boundary to bring up his 16th Test fifty but was clean bowled by Lahiru Gamage for 52.

Wriddhiman Saha and Ravindra Jadeja refused to retreat into a defensive shell, though they were not entirely convincing during their 48-run partnership. 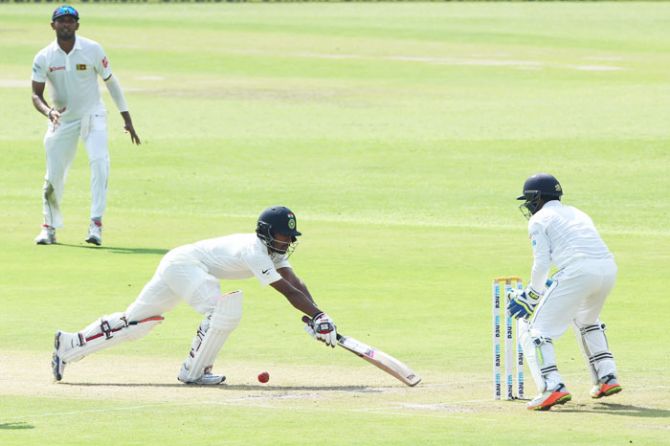 Wicketkeeper-batsman Saha, who made 29, was lucky to get a reprieve four runs before his dismissal when Niroshan Dickwella missed an easy stumping with the batsman way out of his crease trying to hit Dilruwan Perera out of the ground.

Jadeja then hit Perera for a six over long-on but the off-spinner responded by removing both batsmen in the same over.

First he trapped Jadeja leg-before for 22 and had Saha caught by Mathews at slip three balls later.

Suranga Lakmal dismissed Bhuvneshwar Kumar for 13 to claim his fourth wicket, his tidy 19 overs including 12 maidens, and Mohammed Shami made a breezy 24 down the order but India still fell short of the 175-run mark. 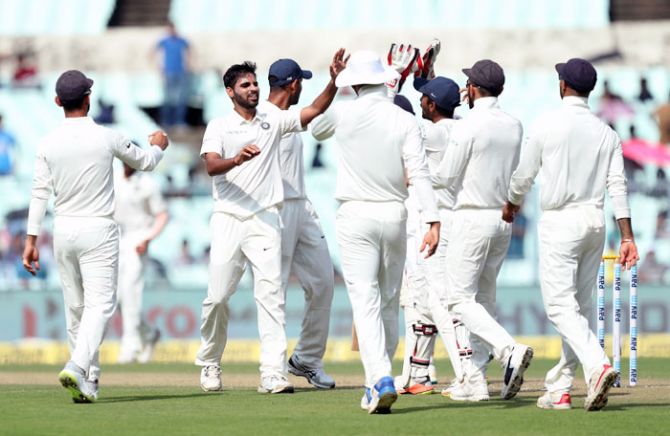 Sadeera Samarawickrama's brisk 23 off 22 balls gave Sri Lanka a rolling start but Kumar exploited the conditions well to peg back the tourists.

The paceman dismissed Dimuth Karunaratne leg-before for eight and had Samarawickrama caught behind in his next over.

Despite their occasional discomfort against the moving ball, Thirimanne and Mathews thwarted the hosts with positive batting.

Shikhar Dhawan did drop a sitter in the slip cordon to reprieve Thirimanne, who hit eight boundaries in an otherwise fluent knock.

Mathews, relieved of his bowling duties and playing as a specialist batsman on his return from injury, hit four boundaries in his watchful innings.

© Copyright 2021 Reuters Limited. All rights reserved. Republication or redistribution of Reuters content, including by framing or similar means, is expressly prohibited without the prior written consent of Reuters. Reuters shall not be liable for any errors or delays in the content, or for any actions taken in reliance thereon.
Related News: Wriddhiman Saha, Ravindra Jadeja, Cheteshwar Pujara, Sri Lanka, Dilruwan Perera
SHARE THIS STORYCOMMENT
Print this article 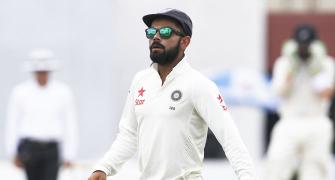 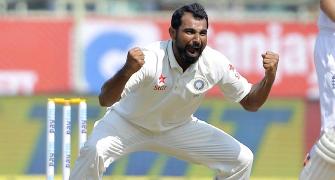 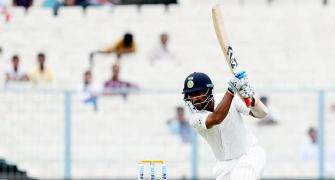 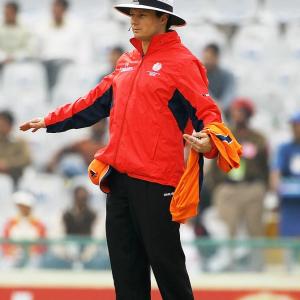 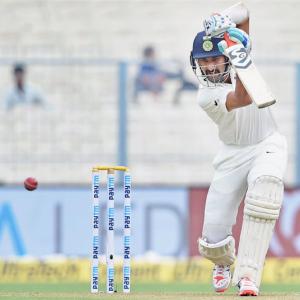