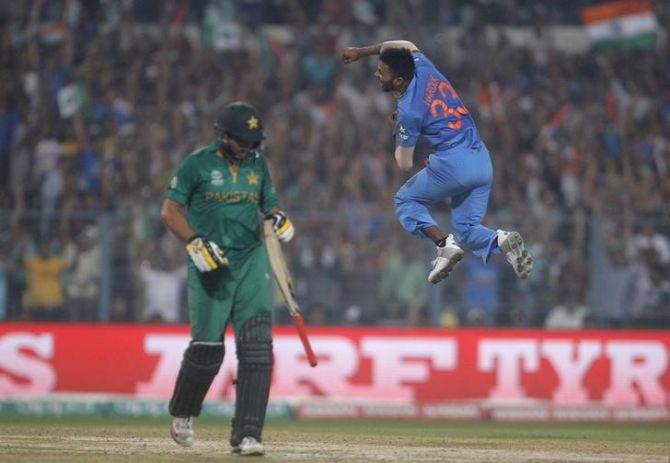 IMAGE: Shahid Afridi leaves the field after being dismissed by India's Hardik Pandya in the World T20 match in Kolkata on Saturday. Photograph: Reuters.

Shahid Afridi will be replaced as Pakistan's T20 captain after the World T20 in India, PCB chairman Shaharyar Khan announced on Monday, hinting the flamboyant all-rounder's days as a player are numbered.

Khan told reporters in Lahore on return from Kolkata that the Pakistan Cricket Board had an understanding with Afridi that he would retire after the World Cup.

"He is captain till the World Cup under this understanding and he has said he will retire after the event. Even if he changes his mind and wants to carry on we will have to see whether he can be picked as a player or not," Khan said.

He, however, made it clear that the board did not err in appointing Afridi as captain of the national T20 squad last year. 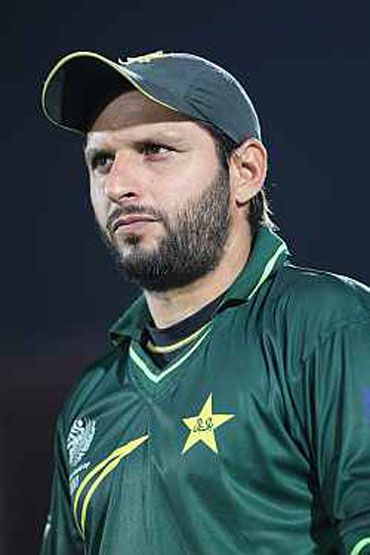 "Afridi is an iconic figure in Pakistan and he has won us matches in the past, some on his own. His choice was logical. It is natural that whenever the team loses a big match there is criticism directed at him. But I think at this time he needs the support of everyone," Khan said.

He also confirmed that the board is contemplating changing the coach after the world event.

"We are looking at it. Waqar (Younis)'s contract is until June. I discussed the matter with Wasim Akram and some other senior players and they said whether we appoint a foreigner or have a local coach he should be able to produce best results from the team. Personally, I don't see anything wrong in having a foreign coach as we have done in the past.

"And Bob Woolmer was our best coach. I think the players need a cultural shock; so we might have a foreign coach or a local coach."

Khan also dispelled the impression that there is grouping in the team or the players are demotivated.

"Let me tell you it was a big disappointment that we again lost to India in a World Cup match but there is no grouping in the team and the players are united and motivated as well to do well. Pakistan still has a chance of qualifying for the semi-finals, as they still have to play New Zealand and Australia and even one win can boost our chances."

The PCB chief also did not see anything wrong in the team inviting former captain Imran Khan for a pep talk before the match in Kolkata.

"I don't see anything wrong in that. It has got nothing to do with the responsibilities of the team management. Imran is a big name and he came to just tell the players to relax and not take pressure in the big match."

Khan confirmed that the team management had pulled up batsman Umar Akmal for bringing up the issue of his batting higher in the order during Imran's meeting with the team.

"The team management has already spoken to Umar and told him clearly his behaviour was not good for team spirit. It was not the occasion for such discussion. As it is he is bats at number 4 so where else can the team management send him."

Khan appreciated the security and hospitality provided to the team in India and Kolkata.

"We are totally satisfied with the security arrangements for the team and we feel that it is also time that we resumed bilateral cricket series between the two countries. It is a matter of the Indian government giving clearance for the resumption of such series," he said.

He spoke about the possibility of a Commonwealth squad touring Pakistan in September this year.

"Giles Clarke will be visiting Lahore next month and we are talking to him to make a series with the Commonwealth side in Pakistan possible and it could happen this year," he added. 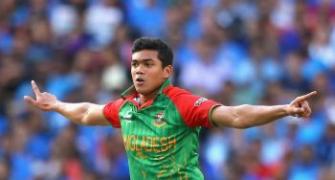 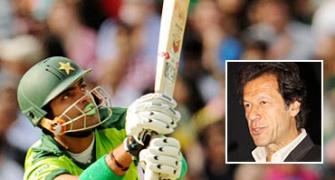 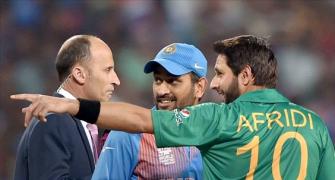 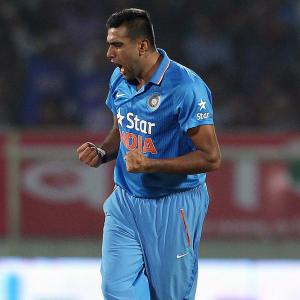