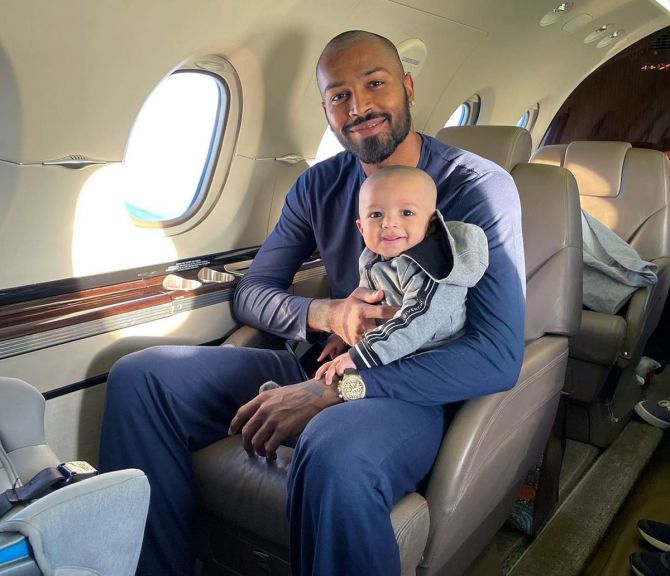 Hardik Pandya flew to Chennai with Nataša Stanković and Agastya Pandya on Thursday, January 28, to join the Indian team ahead of the four Test series against England, starting on February 5.

Agastya, who will be six months old on Saturday, January 30, seemed to enjoy his first flight, seated in his daddy's lap.

'My boy's first flight,' Hardik captioned the picture aboard the chartered flight.

The all-rounder will spend the next six days in quarantine before he joins his team-mates for training. He returns to the Test team after more than two years, having last played in the five-Test series in England in 2018.

e featured in only the limited overs series in Australia despite his superb form with the bat as the team management wanted him to recover his fitness and get back to bowling.

'We need him to bowl. That's when he becomes that one guy who brings a lot of balance for us. He himself wants to get back into the bowling space and be available as a pure all-rounder in Tests, which becomes way more important,' Captain Virat Kohli had said in Australia.