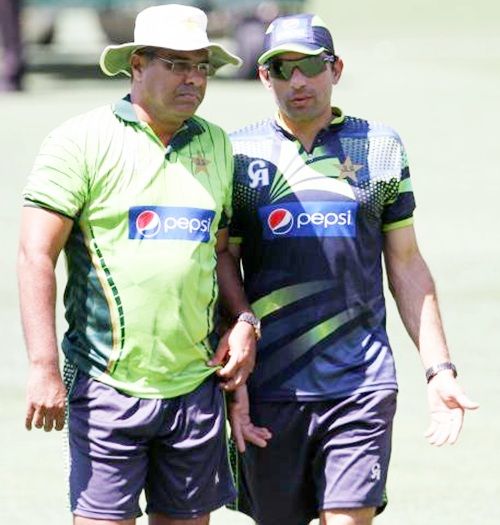 Pakistan selectors will have no surprises in store when they announce the Test squad for the tour of Sri Lanka on the next 48 hours apart from recalling talented opener Ahmed Shehzad.

The selection committee has decided to recall opener Shehzad to the Test side after he was dropped from the longer version as well as ODIs in Bangladesh post World Cup on disciplinary grounds.

Chief selector Haroon Rasheed said that Shehzad had been one of Pakistan's best batsmen in 2014 in Tests and his last innings in longer version was a big hundred.

"He is clear for selection and as far as other issues like discipline is concerned that is for the board and team management to deal with," he said.

Head coach Waqar Younis and captain Misbah-u-Haq had both suggested to the cricket board after the World Cup to drop Shehzad and Umar Akmal and make them play domestic cricket for a year as both of them needed to improve their cricket discipline and attitude in general.

Rasheed said the selectors had been discussing the possible test squad in the last few days and were waiting on fitness reports of pace bowlers Rahat Ali and Ehsan Adil.

"We are waiting for their reports although the medical panel says they have improved after their fitness issues on the Bangladesh tour," the former Test batsman said.

Off-spinner, Saeed Ajmal is also unlikely to get called up for the three test series in June after he failed to impress on his comeback in Bangladesh after changing his bowling action.

The selectors ignored Saeed for the limited over series against Zimbabwe that ended on Sunday. Rasheed also made it clear that young promising players like left arm spinner, Muhammad Asghar, leg spinner Osama Mir and allrounder Bilal Asif would be considered later on for either the one-day or T20 matches in Sri Lanka.

KHS "For the Tests, we are looking to go for experience and

Misbah and Younis Khan are already training at the NCA with the other young players," he said.

A reliable source said the selectors were debating upon recalling Shoaib Malik and fast bowler Muhammad Sami for the Tests in Sri Lanka but had taken no final decision.

"The Test side has been doing well and the selectors don’t want to experiment much but if Rahat or Ehsan are not fit than Sami will be retained to partner Wahab Riaz and Junaid Khan with the spinners Yasir Shah and probably Zulfiqar Babar," he said.

The chief selector said they were aware the Sri Lanka tour would be a tough one but they still had decided to restrict tall left arm pacer, Muhammad Irfan for only the limited over games after he had recovered from his injury which forced him to return home from the World Cup before the quarter final.

He said fast bowler, Sohail Khan also needed more time to recover from a back problem. Young opener Sami Aslam who played in Bangladesh will also be sidelined for the Sri Lanka with the third opener's slot being decided between Khurrum Manzoor and Shaan Masood.