Fast bowlers Wahab Riaz and Mohammad Amir have been drafted in to Pakistan's final 15-man squad for the World Cup along with middle-order batsman Asif Ali, the country's cricket board (PCB) said on Monday.

Wahab, who has 102 wickets in 79 ODIs, last played a 50-overs match for his country in June 2017, but selectors chose the 33-year-old veteran over Junaid and Faheem, who both struggled against England.

"Junaid and Faheem had been originally preferred over a few other bowlers based on their recent performances and the investment we had made on them since 2017," selection committee chairman Inzamam-ul-Haq said.

"They had the opportunity to cement their World Cup spots, but were well below par in the series against England even though they were up against the challenge of bowling on placid and batsmen-friendly wickets.

The hard-hitting Asif was picked for his ability in the middle order, with the form of Fakhar Zaman and Imam-ul-Haq keeping fellow opener Abid Ali out of the squad, Inzamam added.

"After both first choice openers struck early form (against England), we preferred Asif Ali as he brings firepower to the team that can strengthen our chances in the tournament," the former captain said.

Pakistan play warm-up games against Afghanistan (May 24) and Bangladesh (May 26) before starting their World Cup campaign against the West Indies at TrentBridge on May 31.

© Copyright 2021 Reuters Limited. All rights reserved. Republication or redistribution of Reuters content, including by framing or similar means, is expressly prohibited without the prior written consent of Reuters. Reuters shall not be liable for any errors or delays in the content, or for any actions taken in reliance thereon.
Related News: Wahab Riaz, Asif Ali, Mohammad Amir, Imam-ul-Haq, Pakistan
SHARE THIS STORYCOMMENT
Print this article 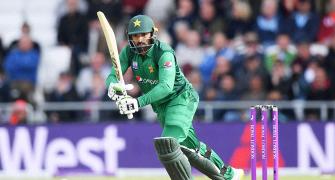 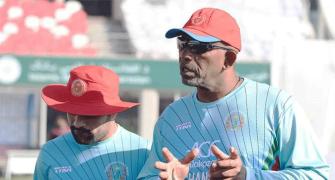 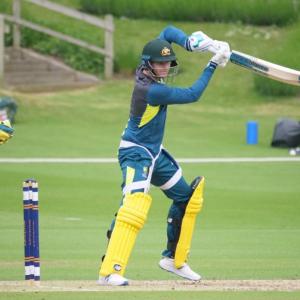