Test and ODI captain Misbah-ul Haq was dropped from Pakistan's provisional 30-man squad for September's World Twenty20 in Sri Lanka, but the PCB recalled Kamran Akmal after the wicketkeeper-batsman was cleared of suspicions of spot-fixing.

Misbah was also not considered for the two Twenty20s against Sri Lanka last month, which resulted in Mohammad Hafeez leading the side.

As for Kamran, who has not played international cricket since last year's World Cup, he had claimed that he has a letter from the ICC that no inquiry is pending against him.

Kamran's selection was approved after he appeared before PCB's integrity committee last week.

Kamran's name was mentioned in the spot-fixing trial involving three Pakistani Test players -- Salman Butt, Mohammad Asif and Mohammad Aamer -- who were banned and jailed for bowling deliberate no-balls during the Lord's Test against England in 2010.

He was also accused of deliberately under-performing during Pakistan's shocking defeat against Australia in the 2010 Sydney Test.

Also on the list are all-rounder Abdul Razzaq and opening batsman Imran Nazir, both of whom have not played international cricket for a while. 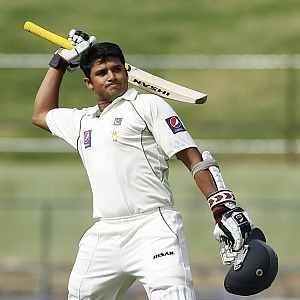