Pak to ensure tainted trio are made available for questioning

The Pakistan government had to give an undertaking that the suspended trio of Test captain Salman Butt and pace bowlers Muhammad Amir and Mohammad Asif would be available for further investigations by the Scotland Yard to ensure their return home from London.

Well-placed sources said that interior minister Rehman Malik has given an undertaking to Scotland Yard through the barrister appointed by the Pakistan Cricket Board in London that the government takes surety for the three players.

"The surety is that the government will ensure the players are made available at any location for further investigations and questioning by Scotland Yard and that they will be sent immediately to London when required," one source disclosed.

The source said Scotland Yard allowed the players to leave London after getting the surety from Malik and the trio returned home early Saturday morning to Lahore amid tight security.

The three players were whisked away in waiting cars from a back entrance of the airport terminal building as a large media contingent waited for them outside.

A large crowd at the airport reacted in mixed fashion to the three players' arrival some of them raising slogans in their favour and some demanding exemplary punishment for the three as they had brought a 'bad name to Pakistan cricket'.

The three are currently under investigation for alleged spot-fixing and betting in the Lord's Test against England last month and have already been questioned extensively by the Scotland Yard which is carrying out a criminal investigation into the matter.

The International Cricket Council had suspended the trio few days after the allegations came out in The News of the World despite protests from the PCB that they should not be suspended as the players had not been charged as yet.

Scotland Yard is also due to question left arm pacer Wahab Riaz on September 14 after clearance from the PCB.

Wahab has been shown in the sting videos talking to alleged bookmaker Mazhar Majeed.

The PCB said on Friday it would not be commenting further on the ongoing spot-fixing allegations after the players return.

"The three Pakistani cricketers Mr Salman Butt, Mr Mohammad Asif and Mr Muhammad Amir are now returning to Pakistan. They have not been charged by the Police for any offense. They have fully co-operated with the police in their inquiries and maintain that they are innocent of any alleged wrong-doing," the PCB statement read.

"They have agreed to return to England if the Police request them to do so to further assist the inquiries," it added. 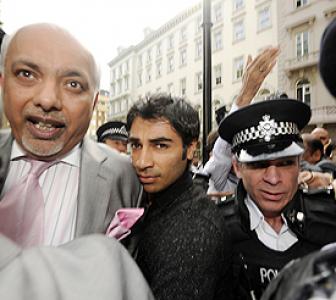 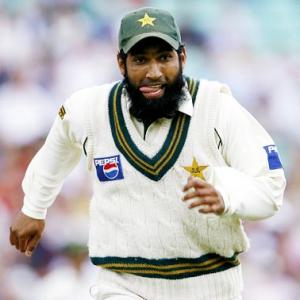