State-owned Oil and Natural Gas Corp (ONGC) has offered a job to Unmukt Chand, captain of Under-19 World Cup-winning team.

"We have today felicitated the star cricketer and decided to make a job offer," ONGC Chairman and Managing Director Sudhir Vasudeva said.

Vasudeva said Unmukt is already under scholarship with ONGC and the company felicitated him on Tuesday with a purse of Rs 300,000.

Kamal Passi, another star contributor in India's Under-19 World Cup triumph, was also felicitated and presented Rs 200,000, in absentia.

He is also under scholarship with ONGC.

Thanking ONGC for the support extended to him for the last year, Unmukt said it was self-belief, communication among the team members and controlled aggression that helped India win the World Cup.

"I welcome Unmukt in the ONGC family ONGC will be always there behind all his endeavours," Vasudeva added. 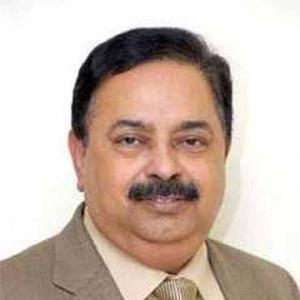 ONGC sitting on a pile of cash is a myth: Sudhir Vasudeva