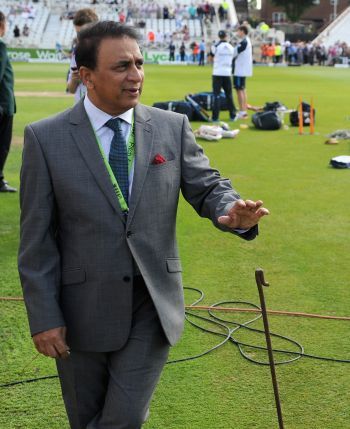 "No problem with 'one-state, one-vote' but maybe states that are not ready to play first class cricket should not be allowed to because it would dilute the quality of Ranji Trophy cricket," the legendary cricketer said on the sidelines of Kolkata Literary Meet on Saturday.

"For example states like Meghalaya and Nagaland, who don't have proper cricketing infrastructure, are going to play Ranji Trophy when they are not ready to play first class cricket, then I think the standard of cricket will be diluted and that's not going to help Indian cricket."

As per the Lodha Committee recommendations for reforms in the BCCI, only one member from a state will have voting rights, which has been strongly resisted by the Board.

Maharashtra and Gujarat have four and three cricket associations respectively as permanent members.

"Not every county plays county cricket in England and not every state plays shield cricket in Australia," Gavaskar said.

"Hopefully over the next few days a final decision will be taken (on who will the administrators be) and we can start planning for IPL."

Elaborating on the reforms, he pointed out that the BCCI is probably the only national sporting federation where there was a change in the offices of the president and secretary every three years and five years.

"So there was this thing happening, it's just that in other federations it is needed. Whatever it is, the Supreme Court's decision has to be respected and we all have to accept. As I said, the quicker we get ahead, the better it will be for Indian cricket."

Meanwhile, Gavaskar also spoke about his autobiography Sunny Days, published in 1977 and said that he should not have written the bloodbath West Indies tour of 1976 that they had lost 1-2 in the way he did.

"I was totally wrong to have written about it the way I did although what happened (West Indians bowling five bouncers and a beamer per over) was hard to digest," he said about the controversial part in the chapter where he had castigated the Jamaican crowd saying they need to "go back to trees".

His reference was to an incident when Anshuman Gaekwad hit by a vicious bouncer bowled by Michael Holding. His spectacles were knocked off and blood was pouring out like from a tap but Gavaskar was amazed to see the crowd dancing and screaming in joy.

Giving credit to his uncle Madhav Mantri and a stint with him in a cement factory, Gavaskar recollected: "Sunny Days happened because I had a lot of time. I was working for a cement company where my uncle (Madhav Mantri) was in the same department. He was very punctual and so I had to be in by 9:30am. And I had nothing to do because all I was asked was to do was visit a few factories.

"So I started writing my thoughts and (journalist) Sharad Kotnis thought it could be a book," he signed off.