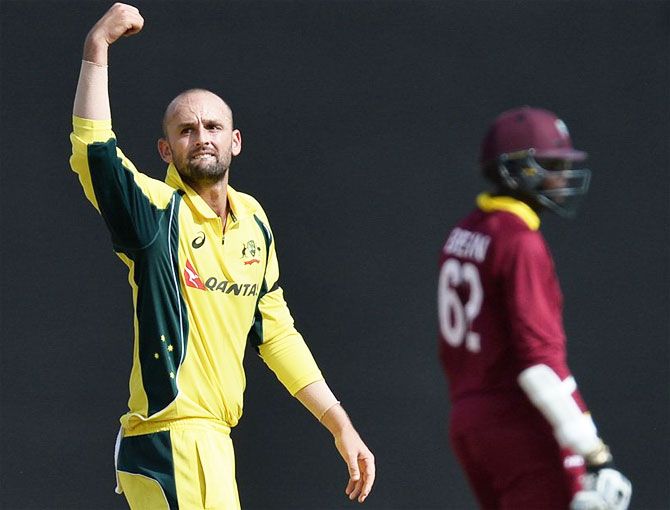 Spinners Nathan Lyon and Adam Zampa tore through the West Indies batting line-up to set up a dominant Australian victory by six wickets in the second match of a triangular one-day international series in Guyana on Sunday.

Lyon claimed three for 39 off 10 overs, including the prized scalp of Kieron Pollard for a golden duck, while Zampa, in just his third ODI, had figures of 3-16 off 5.3 overs on another slow pitch at Providence Stadium in Georgetown.

After being sent in by Smith and making a promising start, the home team lost their last nine wickets for 66 runs and were all out for 116 off 32.3 overs.

That left Australia with a relatively easy chase, and the victory never seemed in serious doubt as long as opener David Warner was at the crease.

Warner, coming off a brilliant stint captaining Sunrisers Hyderabad to the Indian Premier League (IPL) title last week, scored a run-a-ball 55 not out, steering Australia to their target in 25.4 overs and securing a bonus point.

Smith spoke glowingly of the performances of his spin-bowlers.

"They were magnificent today. They hit good areas and got the rewards,” Smith said, before also lavishing praising on vice-captain Warner.

"He’s just come off the back of an incredible IPL and taken off where he left off. He played beautifully again tonight. He was calm and composed."

"No excuses for the way we batted," Holder said.

"We just didn't put enough runs on the board. Just a bad batting display."

The match was Australia's first in the triangular series after West Indies beat South Africa in Friday's opener.

The optimism that followed that victory quickly evaporated on Sunday, however.

Pollard, who hit a match-winning knock of 67 against South Africa in his first ODI since 2014, will be particularly disappointed.

He hit six sixes in that match, but on Sunday mistimed the first delivery he faced to send a relatively easy catch to Warner running in from long-on.

Sunil Narine, who took 6-27 on Friday in his return after being sidelined for six months due to a bowling action that was deemed illegal, had a solid follow-up performance.

He picked up two wickets in one over and finished with 2-36, while fellow spinner Sulieman Benn (1-21) was also economical.

© Copyright 2021 Reuters Limited. All rights reserved. Republication or redistribution of Reuters content, including by framing or similar means, is expressly prohibited without the prior written consent of Reuters. Reuters shall not be liable for any errors or delays in the content, or for any actions taken in reliance thereon.
Related News: Nathan Lyon, ODI, Steve Smith, David Warner, IPL
SHARE THIS STORYCOMMENT
Print this article 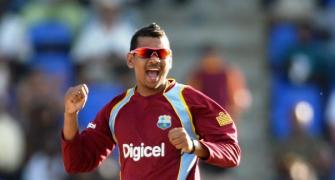 Virat Kohli is Most Valuable Player of IPL 9