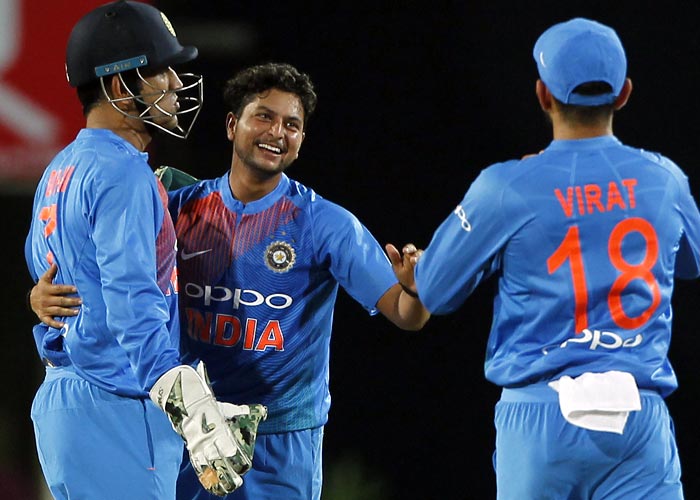 India outclassed Australia by nine wickets under the Duckworth-Lewis method in the rain-truncated first Twenty20 international at Ranchi on Saturday.

Chasing 48 in six overs to take a 1-0 lead in the three-match series, the hosts reached their target with three deliveries to spare after the loss of Rohit Sharma for 11.

The rain came down with Australia struggling on 118 for eight in 18.4 overs after being tied down by India's spin duo of Kuldeep Yadav and Yuzvendra Chahal.

Statistical analysis of the first T20I between Australia and India in Ranchi, on Saturday:

9 India's magnificent nine-wicket victory is their largest over Australia in terms of wickets in T20Is, eclipsing the eight-wicket victory at Melbourne on February 3, 2012.

7 Between October 10, 2013 and October 7, 2017, India have won seven consecutive matches against Australia in T20Is -- their best winning sequence.

1 Kuldeep Yadav received his first Man of the Match award in T20Is.

4 Yuzvendra Chahal has dismissed Glenn Maxwell in all the four matches in international cricket - in three ODIs in the 2017- 18 series - once each at Chennai,  Kolkata & Indore and in a T20I at Ranchi.