India's winning streak of eight successive bilateral series is a new record for the Men in Blue. Check out the statistical highlights of the Visakhapatnam ODI. 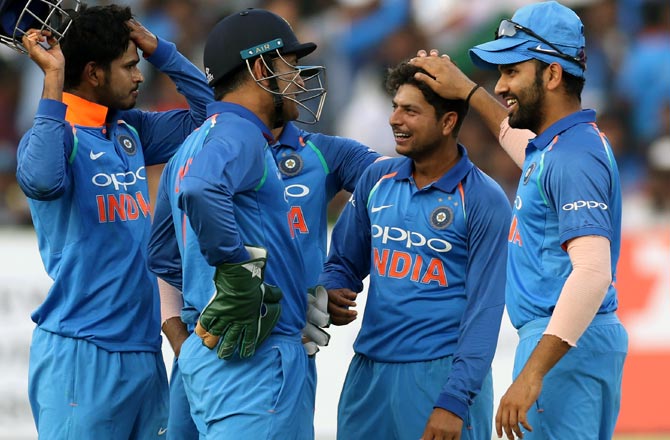 Spinners Kuldeep Yadav and Yuzvendra Chahal picked up three wickets each to set up a comfortable eight-wicket win for India against Sri Lanka in the deciding third and final one-day international in Visakhapatnam on Sunday.

The wrist-spinners scythed through the Sri Lankan batting order to bundle them out for 215 in under 45 overs after the touring side had made a blazing start.

The hosts, who won the three-test series between the sides 1-0, breezed to their target with almost 18 overs to spare to secure their eighth series victory in a row in the 50-over format.

Dhawan added 135 for the second wicket with Shreyas Iyer and an unbroken 70 with Dinesh Karthik, who finished on 26 not out.

Statistical highlights of the third and final ODI:

9 Out of ten bilateral series against Sri Lanka in India since 1982, India have won nine -- the remaining one ended in a draw.

36 India have played 51 ODIs vs Sri Lanka in India, winning 36 and losing 12 while the remaining three could not produce results -- win/loss ratio 3.000. 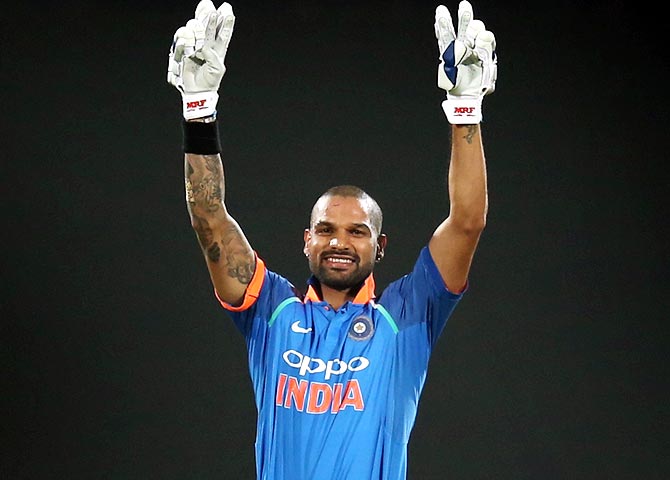 4 Dhawan has recorded four hundreds vs Sri Lanka - the most registered by him against a team.

3 For the third time, Dhawan was adjudged the Player of the Series in ODIs.

2 Kuldeep Yadav (3/42) has recorded his second best figures in ODIs behind the 3 for 41 vs West Indies at North Sound on June 30, 2017. He was deservingly named the Man of the Match for the first time in ODIs.

30 Danushka Gunathilaka has made just 30 runs at a poor average of 10.00 -- the least average recorded by him in an ODI series. His scores were 1 at Dharamsala, 16 at Mohali and 13 at Visakhapatnam. His previous worst performance in a series of three matches was against Bangladesh in Sri Lanka in 2016-17 -- 43 runs in three innings at an average of 14.33.

42 Sadeera Samarawickrama, who hit 42, playing in his third innings, registered his highest score in ODIs. In his first two innings in this format vs Pakistan at Sharjah in October 2017, he had recorded ducks.

5 Gunathilaka and Tharanga shared a 121-run partnership -- Sri Lanka's fifth century stand for the second wicket vs India in India.