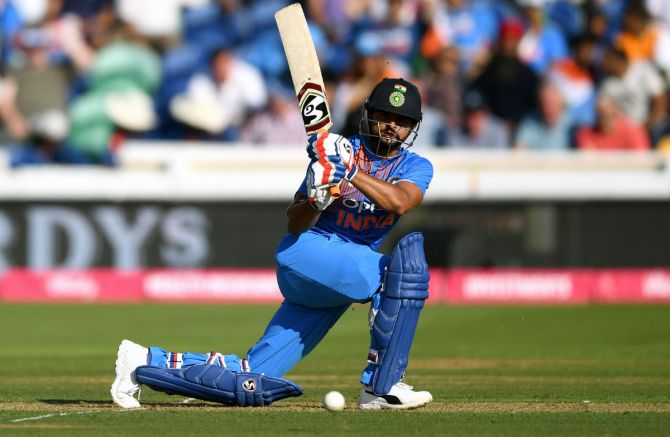 IMAGE: Suresh Raina is the first Indian cricketer to score an international century in every formatPhotograph: Gareth Copley/Getty Images

Suresh Raina, one of India’s prolific middle-order batsmen has announced his retirement from international cricket on Saturday.

His announcement comes barely an hour after former India captain Mahendra Singh Dhoni made his decision to quit international cricket.

‘It was nothing but lovely playing with you, @mahi7781 . With my heart full of pride, I choose to join you in this journey. Thank you India. Jai Hind!’, Raina wrote alongside a photo of him with Dhoni and his Chennai Super Kings teammates.

Raina made his ODI debut as a 19-year-old against Sri Lanka in 2005. He wore the India whites only five years later in 2010 debuting against the Lankans, scoring a century on Test debut. 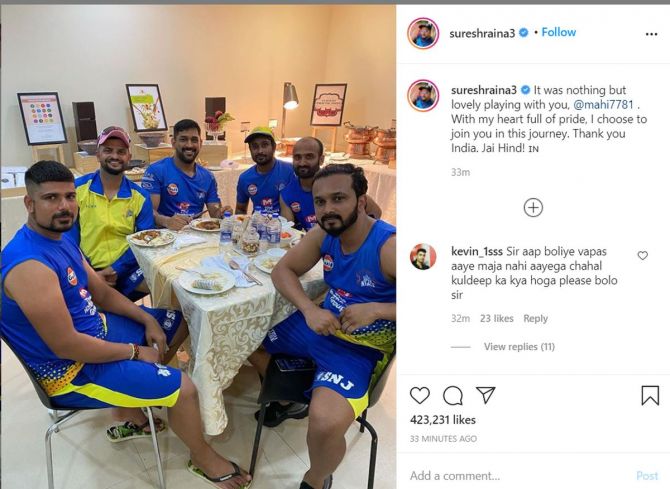 He is the first Indian cricketer to score an international century in every format.

His best moment was a crucial unbeaten knock in a tricky World Cup quarter-final against Australia during the triumphant 2011 campaign.