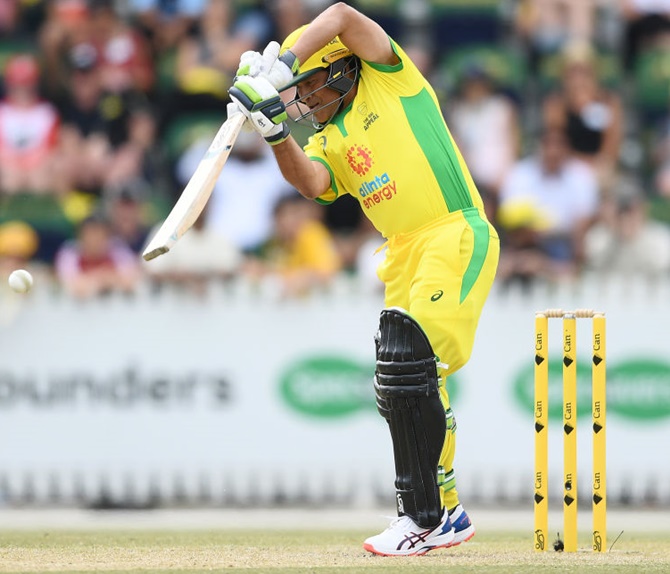 IMAGE: Sachin Tendulkar bats during the Bushfire Cricket Bash T20 match between the Ponting XI and the Gilchrist XI at Junction Oval, in Melbourne. The match is being staged as part of 'The Big Appeal', raising funds for the Australian Bushfire Appeal. Photograph: Quinn Rooney/Getty Images

Never was an innings break so anticipated in a game of cricket.

It lasted for five-odd minutes but for Sachin Tendulkar devotees, even that was good enough time if their 'God' is out there on the 22 yards in a country where he is revered no less than his own. 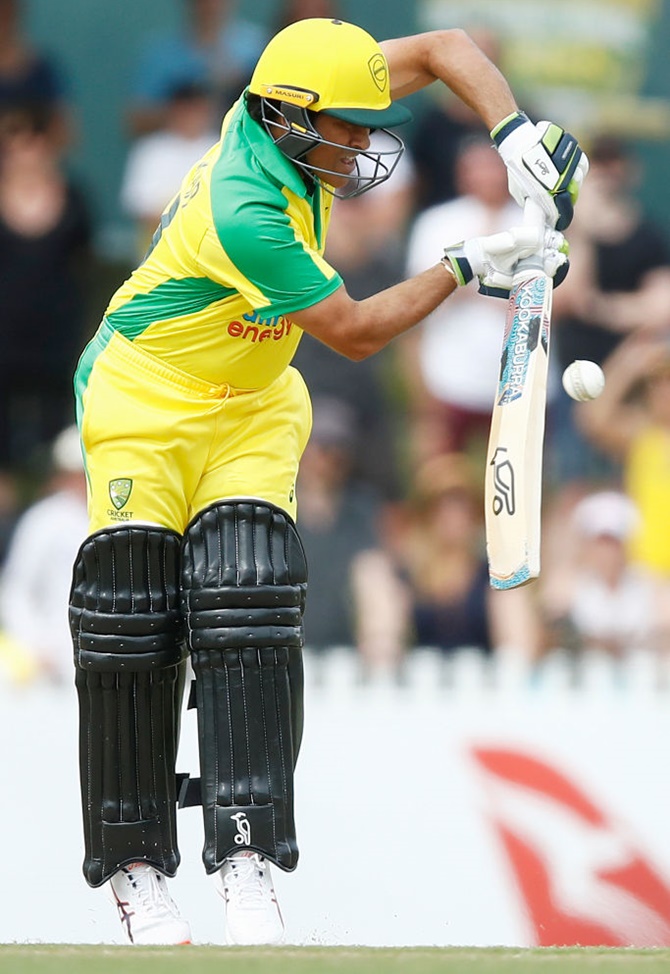 And those five minutes of just putting bat to ball for raising funds for Bushfire charity will be archived with much care as much as his hundred international hundreds.

With a dodgy shoulder, Tendulkar didn't take part in the charity game but played an over from Australia's superstar woman cricket Ellyse Perry during the break. Perry had challenged Tendulkar to face her for an over in a video message on social media which the Indian legend had accepted. 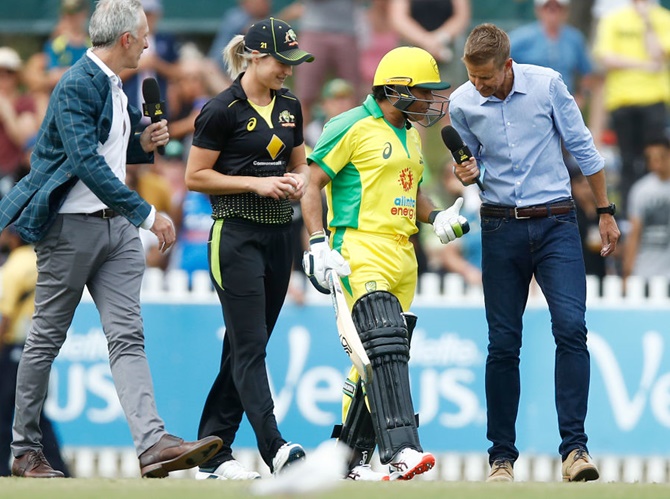 Used to seeing him either in spotless whites or the light blue (once navy blue) India colours, the fans at the Junction Oval ground in Melbourne must have been chuffed watching him come out in Australian yellow.

The helmet was yellow, the pads weren't ultra-light and the bat sported the kookaburra logo instead of MRF or Adidas but who cared for those five minutes. 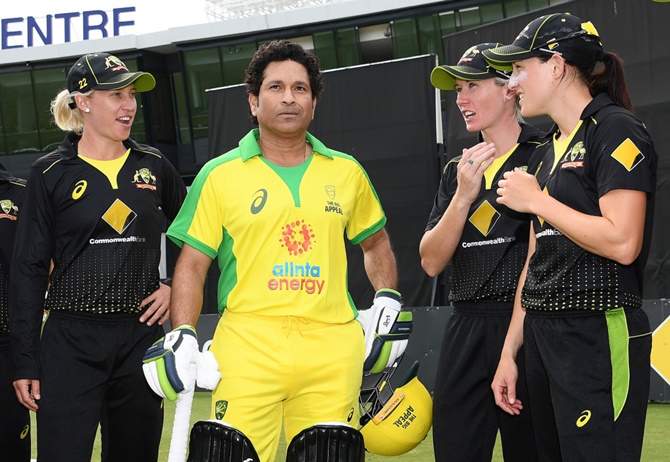 Batting after five year, the first delivery by Perry was tucked off his hips and the fielder at short fine-leg let it go much to her embarrassment and the crowd was happy. He repeated the shot towards deep square leg and got a couple.

"It's an incredible feeling to bowl to Tendulkar and watch Brian Lara bat," said Australia's double international Perry, who would play a key role in tri-series final against India. Perry has also represented Australia in football. 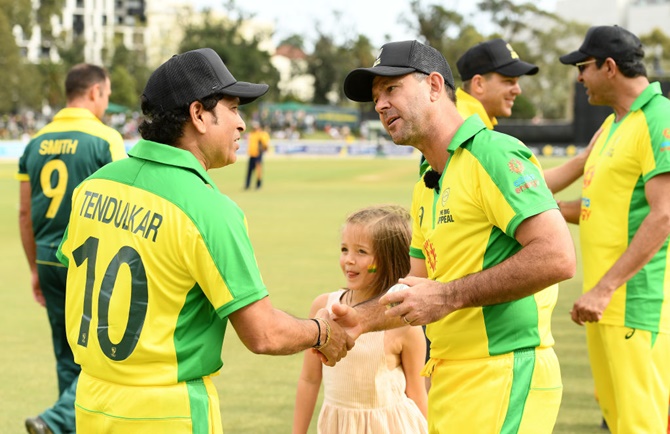 A couple of deliveries were bowled by another Australian youngster Annabel Sutherland, daughter of CA chief executive James. But the 46-year-old Tendulkar charitably pushed it towards the fielders, in full spirit with the essence of 'Charity Game'.

Fans wouldn't have mind a booming cover drive but even the lazy pat to the fielder was vociferously acknowledged.

It was over in five minutes but it indeed was 'Yesterday Once More'.