News
Business
Movies
Sports
Cricket
Get Ahead
Money Tips
Shopping
Sign in  |  Create a Rediffmail account
Rediff.com  » Cricket » 'No one can hit the ball better than Russell'

'His sixes are massive and I just don't see any batsman as a competition to him.' Kolkata Knight Riders batsman Rinku Singh believes no one can match the big-hitting prowess of the explosive Andre Russell, whom he termed as the 'world's best all-rounder'.

The West Indian all-rounder, who joined KKR in 2014, has been in sensational form in the last two seasons and remains the talk of the town ahead of the 13th IPL, which begins in the UAE on Saturday.

"There is no one who can hit the ball better than him. He has a lot of life and strength in him," Singh said in an interview on KKR's website.

Russell had amassed 510 runs from 14 matches at a jaw-dropping strike rate of 204.81 and was also the leading wicket-taker for KKR with 11 scalps to his name in the last edition.

"His sixes are massive and I just don't see any batsman as a competition to him. He is the best all-rounder in the world at this moment," Singh said.

The 22-year-old said he hit it off well with Russell from the first season despite his lack of proficiency in English.

"I haven't really spoken much with him because I can't speak in English that well. But yeah, the first year we enjoyed a lot on his birthday in our room," Singh said.

"We even partied and danced together. So, I guess we started bonding well afterwards."

Singh became a part of KKR in 2018 and in the same year he finished as the leading run-scorer for Uttar Pradesh in the group-stage with 803 runs in nine matches.

Crediting the turnaround to his training at KKR Academy under Abhishek Nayar, Singh said: "I didn't do well in the one-dayers (before Ranji Trophy) and I had spoken to Abhishek sir about it. He called me over and we trained a lot.

"I don't think I have ever batted so much in my life as much as I did there. For almost five hours every day I used to continue batting and my hands even bled at times. The perseverance paid off in the Ranji Trophy later that season," said Singh, who finished the tournament with 953 runs in 10 matches.

Singh said that his father always wanted him to focus on studies and would beat him when he wanted to play cricket but one school level match changed everything.

"In 2012, Delhi Public School had organised a tournament of teams from Pakistan, Sri Lanka and Bangladesh. I scored 354 runs and took eight wickets, because of which I was given the man of the series award and a bike. My parents were present on the ground. After this match, he never touched me again," he recalled. 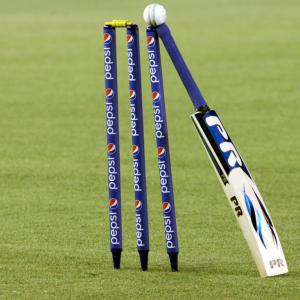 How BCCI plans to stop fixing, betting during IPL... 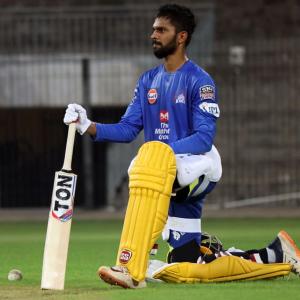