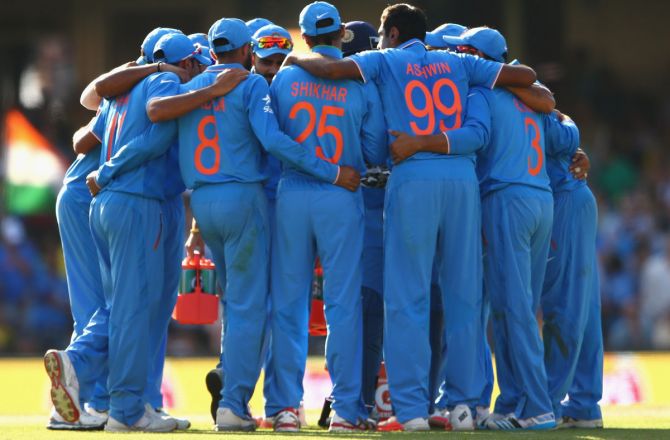 IMAGE: Rohit Sharma cracked 906 runs in the calendar year at an average of 47.68 with two centuries, while Ravichandran Ashwin scalped 54 wickets in nine matches at an average of 16.64. Photograph: Alex Davidson/Getty Images

The flamboyant Rohit Sharma featured as opener, Rishabh Pant as wicketkeeper and Ravichandran Ashwin as the lone specialist spinner in the ICC men's Test Team of the Year but no Indian player was included in the global body's ODI XI for 2021.

After going unrepresented in the ICC men's T20 Team of the Year due to a disastrous World Cup campaign in the UAE, it was no surprise to see the Indians miss out in the apex body's ODI side as well after playing just six matches, even as the list featured two players from minnows Ireland.

India, the World No 1 in Tests, however have three representatives in the year's best team for the game's longest format, with New Zealand talisman Kane Williamson as its skipper.

Overall, India played 14 Tests in 2021 and managed to win eight out of them. They lost three Tests last year, including the heart-breaking defeat in the World Test Championship (WTC) final against New Zealand.

Rohit, who was recently elevated as India's white-ball captain as Virat Kohli's successor, cracked 906 runs in the calendar year at an average of 47.68 with two centuries.

Both of Rohit's centuries were memorable knocks in contrasting conditions against England -- one in Chennai and the other in overcast conditions away from home at the Oval.

Pant, who established himself as India's first-choice wicketkeeper-batter in all the three formats, scored 748 runs in 12 matches at an average of 39.36 with one memorable ton against England at Ahmedabad. He also accounted for 39 dismissals in 23 innings, with his glovework continuing to improve.

Leading the 2021 ICC Test Team of the Year, Williamson was an influential captain for New Zealand, leading them to glory at the inaugural World Test Championship Final against India in Southampton.

Besides the absence of India players, the ODI team also doesn't have anyone from Australia, English, New Zealand or West Indies.

The team, which has Pakistan's Babar Azam as its captain, has two of his team-mates, including Fakhar Zaman.

India, in the year 2021, played six ODIs and won four while losing two.

The non-selection of Indian players in the XI is more to do with lack of matches rather than poor show since they have won both the series that they played in 2021.

The only Indian player who has played all the ODI matches in 2021 is veteran opener Shikhar Dhawan, who had 297 runs from six games.

The likes of Virat Kohli, KL Rahul and Rohit Sharma only played three ODIs in 2021 and ditto for premier bowlers, who also didn't play all the six games.

Bhuvneshwar Kumar was there in five of those six games with his tally of wickets not in double digits (9 from 5 matches).

In order to make it to the team of the year, there has to be enough impactful performances to earn points which Indians didn't have.

South Africa opener Janneman has scored 509 runs in 8 games with an average of nearly 85.

Babar, who has played least among the 11 players, also has 405 runs in six games with two hundreds while team-mate Zaman has 369 runs in the year. 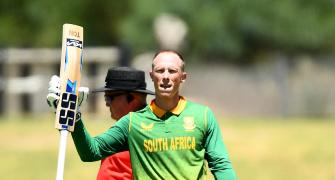 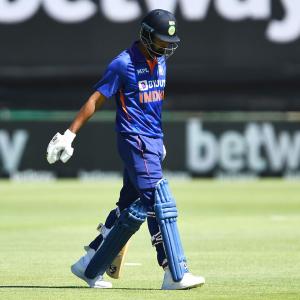 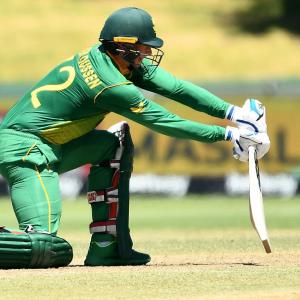