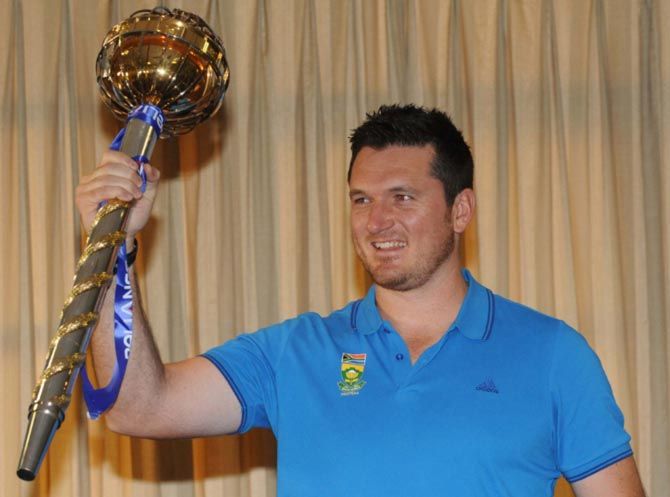 The International Cricket Council on Tuesday announced it has doubled the prize-money of the top-ranked Test team to US $1 million from its existing $500,000 from April 1 next year and also increased investment in women's cricket by five-fold.

"The Board approved an increased allocation of $65 million as the prize money for the top ranked Test sides and for men’s and women’s ICC Events during the period 2016-2023. This represents a 41 per cent increase in the total prize money paid to players compared to the previous eight-year cycle. In a decision to better reward the best performing Test teams, the Board has doubled the prize money for sides that top the ICC Test Championship table each year at the 1 April cut-off date. As a result, the number-one ranked Test team on 1 April 2016 will receive $1 million, up from $500,000 in 2015," the ICC said.

"This prize money is in addition to the Test Cricket Fund of $70 million, which the ICC Board introduced last year to help ensure Test playing sides are able to sustain a home programme of Test cricket through to 2023. The fund will be available from next year to all Test Members except the Board of Control for Cricket in India, Cricket Australia and the England and Wales Cricket Board," it further added.

In line with the ICC's new strategy which aims to assist the development of more competitive teams in international cricket, the Board approved that direct funding available to the Associate and Affiliate Members (AMs) will increase from $125 million in the previous cycle to $208 million for the period from 2016-2023.

The Board also approved the overarching principles of the Associate Members funding model which will result in an immediate increase to the annual funding pool from $20 million in 2015 to $26 million in 2016.

The Board received an update on the development of cricket in the USA following the suspension of the USA Cricket Association (USACA) in June.

The Board was pleased with the work undertaken, in conjunction with the wider US cricket community, to start developing a meaningful strategy for cricket in the USA, which includes the unification of all stakeholders.

The ICC also confirmed that the next edition of ICC Under-19 World Cup will be held in Bangladesh.

The ICC complimented its umpires, who recorded a best-ever correct decision-making percentage of 95.2 per cent (before DRS,) in all international matches since the ICC Cricket World Cup 2015.

The Board once again reiterated its support in dealing with the issue of bowlers with suspected illegal bowling actions and, acknowledged the work done to date.

The Board also approved a five-fold increase in the prize money allocated to the six ICC women's events to be played from 2016-2023. The women will compete for total prize money of $4.4 million during the period, including a prize money pool of $1 million for the ICC Women's World Cup 2017.

The next ICC women's World Cup in 2017 to be held in England will be a round robin format with top four teams vying for the semi-final spot.