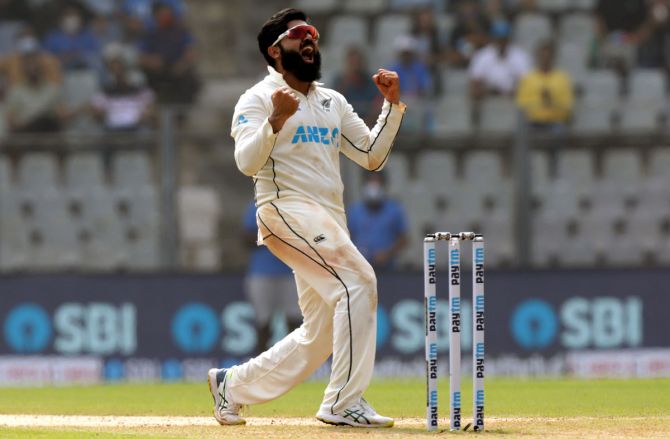 IMAGE: Ajaz Patel became only the third bowler to claim all 10 wickets in an innings of a Test match against India at Mumbai's Wankhede Stadium. Photograph: BCCI

New Zealand's Ajaz Patel is auctioning the shirt he wore to claim all 10 wickets in a Mumbai Test in December to raise money for a hospital in Auckland, the 33-year-old left-arm spinner said.

Patel became only the third bowler -- after fellow spinners Jim Laker of England and India's Anil Kumble - to claim all 10 wickets in an innings of a Test match against India at Mumbai's Wankhede Stadium.

The auction attempts to raise money for a play therapist for the Starship Radiology Department at New Zealand's national children's hospital, Patel said.

"...while it was a special day for me, what they do to help kids and their families is even more significant and I hope the auction on @trademe can raise as many funds as possible for them," Patel said in an Instagram post.

All members of the Test squad from that India tour have signed the shirt.

Patel has not played for New Zealand since that Test but has been picked for the three-match series in England next month.

© Copyright 2022 Reuters Limited. All rights reserved. Republication or redistribution of Reuters content, including by framing or similar means, is expressly prohibited without the prior written consent of Reuters. Reuters shall not be liable for any errors or delays in the content, or for any actions taken in reliance thereon.
Related News: Ajaz Patel, India, Mumbai, Starship Radiology Department, Jim Laker
COMMENT
Print this article 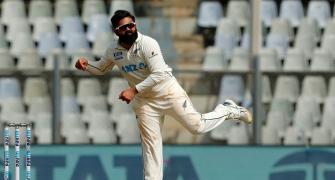 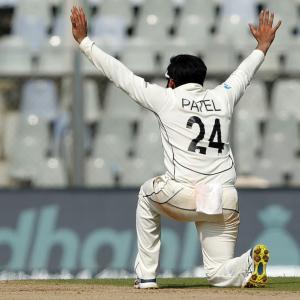 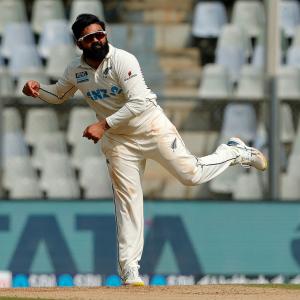