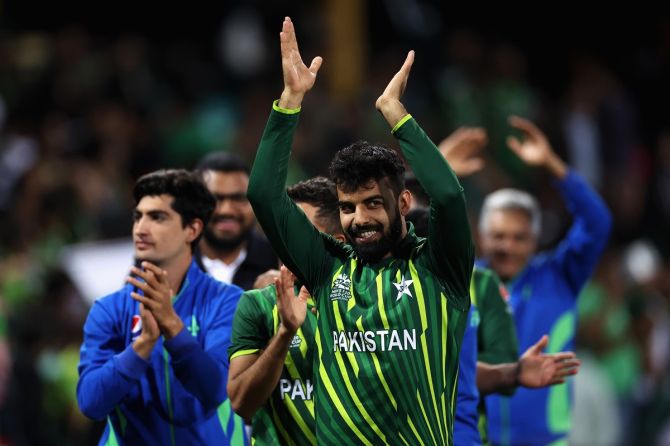 Pakistan will continue their rollercoaster ride at the Twenty20 World Cup into the final after beating New Zealand by seven wickets in front of a raucous crowd largely made up of their compatriots at the Sydney Cricket Ground on Wednesday.

Paceman Shaheen Afridi led the way with 2-24 as the Black Caps were restricted to 152-4 before openers Mohammad Rizwan and Babar Azam finally found their scoring touch with half centuries in a 105-run stand to lay the foundation for victory. 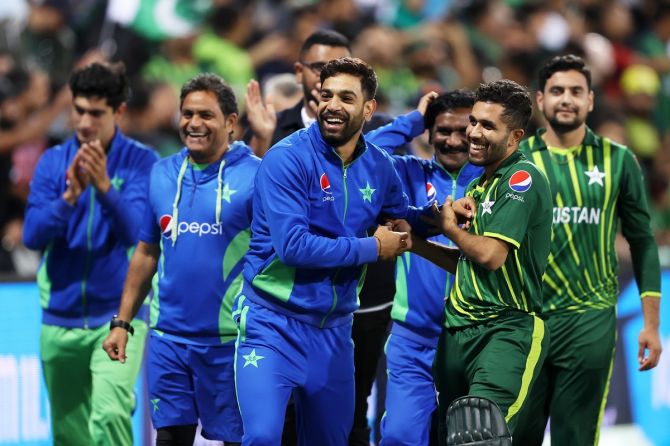 Pakistan scraped into the last four only after the Netherlands had upset South Africa last Sunday but will now play India or England, who face off in the second semi-final in Adelaide on Thursday, in Sunday's title decider in Melbourne.

"Our start (in the tournament) was not good, but we worked hard and kept our belief," said Rizwan, who was named man of the match for his 57 off 43 balls.

Riding the momentum of their great escape from the group stage, the 2009 champions lost the toss but still looked charged with confidence from the moment Afridi took the ball for the opening over. 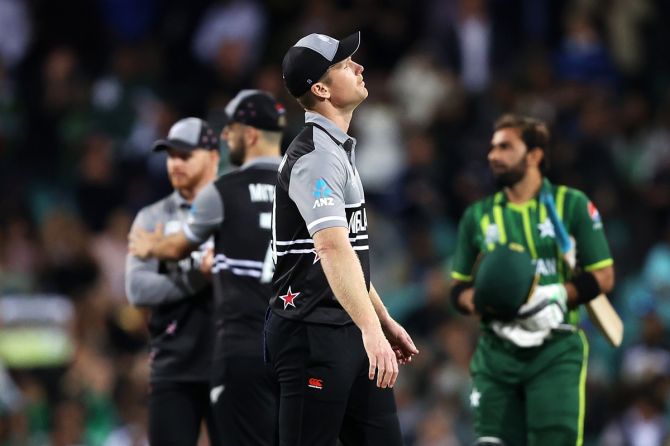 New Zealand's powerplay maestro Finn Allen cracked a four off the first delivery but had to be rescued from an lbw decision by DRS on the second before departing trapped in front on the third.

Devon Conway was run out by a direct hit from Shadab Khan for 21 on the final ball of the powerplay to leave New Zealand on 38-2 and another dangerman Glenn Phillips was meekly caught and bowled by spinner Mohammad Nawaz for six soon afterwards.

Skipper Kane Williamson steadied the ship with Daryl Mitchell but departed for 46 when he attempted to paddle a slower Afridi delivery which rattled into his unguarded stumps.

Mitchell, New Zealand's batting hero on their run to last year's final in Abu Dhabi, continued to an unbeaten 53 but his 35-ball innings featured only four boundaries as tight bowling and athletic fielding kept him shackled.

Babar and Rizwan had failed to deliver on their considerable reputations in the group stage but made up for it in some style with a blockbuster opening partnership.

The captain enjoyed a stroke of luck when he was dropped by wicketkeeper Conway off his first ball from Trent Boult but hammered 53 runs off the next 41 deliveries he faced before holing out in the deep.

Rizwan reached the half century mark soon afterwards before also holing out but Mohammad Haris kept up the pace with a bright 30 and Shan Masood got them over the line at 153-3 with five balls to spare. 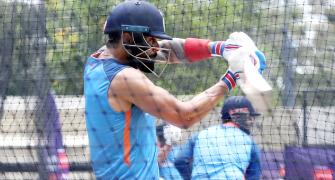 SCARY! Kohli Gets Hit In The Nets Suryakumar stays atop the ICC T20! rankings yet again 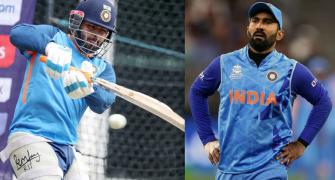 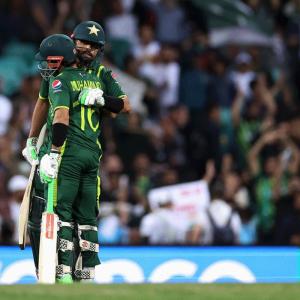 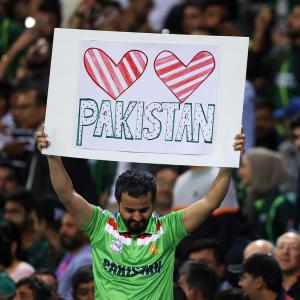