Shahbaz Nadeem's Test debut may have come as a surprise in the third and final Test against South Africa, but India batting coach Vikram Rathour on Saturday said the left-arm spinner was picked purely on the basis of his performances in domestic cricket.

About 14 hours after he was drafted into the squad in place of an injured Kuldeep Yadav, the 30-year-old from Jharkhand was handed a Test cap by skipper Virat Kohli before the start of the game.

"He has some 424 wickets in first-class cricket. He's a consistent bowler and of course, these are his own home conditions. I think it was selectors' call and I think it was the right call as well," Rathour said of Nadeem, who became the third Test cricketer from Jharkhand after MS Dhoni and Varun Aaron.

"Basically, we were looking to play spinners here. Kuldeep had some issues with his shoulder so he was ruled out. The selectors picked Nadeem because his performances speak for himself."

Former India wicketkeeper-turned-commentator Deep Dasgupta feels Nadeem would do well in the spin-friendly conditions of the JSCA International Cricket Stadium.

"He has taken the bulk of his wickets here and he knows the conditions well. He will do well here," the former Bengal captain told PTI.

Nadeem is only the second man in Ranji Trophy history to top 50 wickets in a season twice, having taken 51 in 2015-16 and bettered it claiming 56 in the next season.

He emulated Kanwaljit Singh, the former Hyderabad off-spinner, who had also accomplished the feat in consecutive years, getting 51 wickets in 1998-99 and 62 wickets in 1999-00.

Nadeem also broke a two-decade-old world record for best bowling figures in List A cricket, with an incredible haul of 8/10 against Rajasthan in the Vijay Hazare Trophy in Chennai last year.

Having debuted for Jharkhand against Kerala in 2004 at Jamshedpur in a team which featured Dhoni, Nadeem, who represented Delhi Daredevils and Sunrisers Hyderabad in the IPL, has come a long way.

"What is remarkable about him is that he has moved out of comfort zone from being successful in IPL to be in the mould of a traditional left-arm spinner now," Dasgupta said.

"He has cut down on his speed and made his delivery more loopy. His action is more compact now and instead of using his shoulder he's using more of his body now."

In IPL, Nadeem has scalped 42 wickets in 64 matches and got an India call-up for the T20 series against the West Indies at home last year but did not get a game. 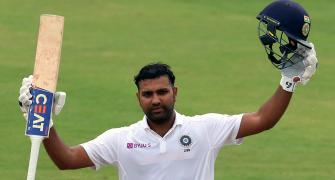 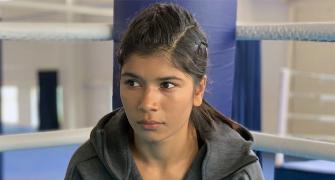 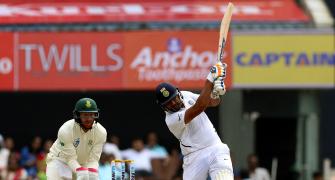 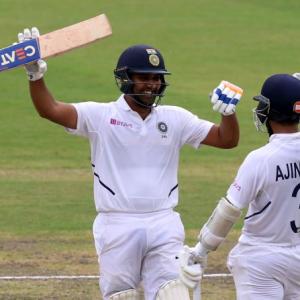 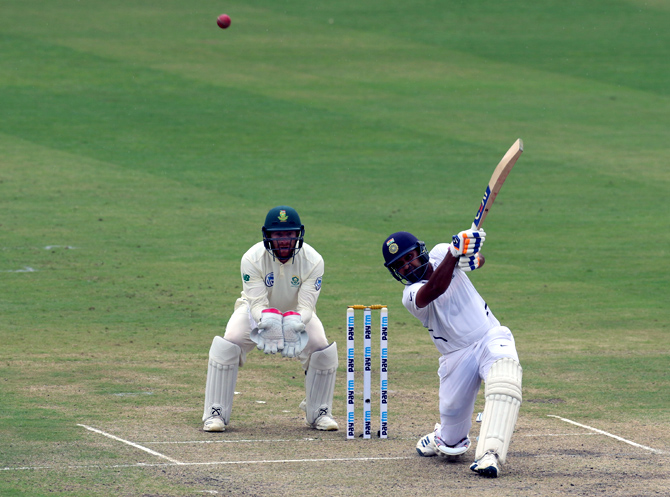