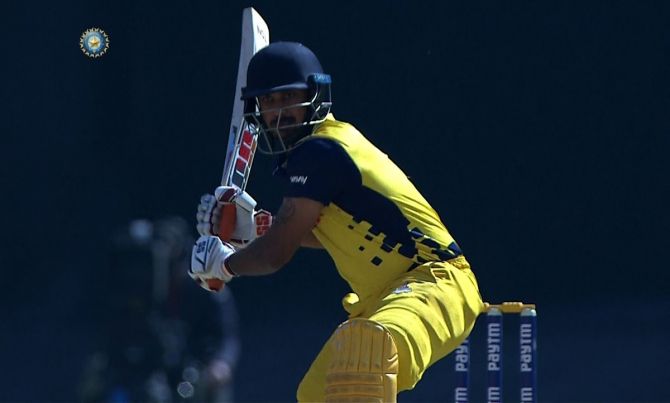 K B Arun Karthik led Tamil Nadu into their second successive Syed Mushtaq Ali Trophy final with an unbeaten 89-run knock that shaped their seven-wicket victory over Rajasthan in the first semi-final, in Ahmedabad, on Friday.

TN had lost the summit clash by just one run to Karnataka, last year.

Rajasthan decided to bat first at the Sardar Patel stadium but Tamil Nadu restricted them to a sub-par 154 for nine despite skipper Ashok Menaria's 51 off 32 balls.

Aditya Garhwal (29) took on medium pacer Aswin Crist, striking successive boundaries in the third over but he was unable to convert his start and perished in the fifth over. Menaria launched into Crist, hammering three boundaries and a six, in the sixth over.

The left-handed Menaria, whose knock was laced with five fours and two sixes, took on the Tamil Nadu bowlers as he and Arjit Gupta (45 off 35 balls) raised a 83-run third wicket stand.

Tamil Nadu, initially, were sloppy in the field and dropped three catches, including one of Menaria.

Rajasthan then suffered a collapse as the southern side stormed back into the contest by picking regular wickets and pacer M Mohammed (4/24) doing bulk of the damage. In the final five overs, Rajasthan lost five wickets and added only 24 runs as Tamil Nadu bowlers stamped their authority.

Chasing 155, TN lost C Hari Nishanth (4) early when he was trapped in front of the wicket by Tanveer-Ul-Haq (1/22). Tamil Nadu were in spot of bother at 17/2 after Aparajith (2) was caught in the slip cordon.

But a determined Narayan Jagadeesan (28) and Arun Karthik came to the rescue as they put together 52 runs for the third wicket and took the game away from Rajasthan.

Young leggie Ravi Bishnoi (1/32) tried to bring Rajasthan back into the game by removing Jagadeesan, who holed out in the deep, as TN lost its third wicket on 69.

But then Tamil Nadu cruised as skipper Dinesh Karthik joined Arun and the duo tore apart the Rajasthan attack.

Arun Karthik hammered nine boundaries and three sixes, in his match-winning knock and fittingly finished the game with a boundary.

Baroda rode on skipper Kedar Devdhar's fighting 64 and bowlers' impressive show to beat Punjab by 25 runs and enter the final of the Syed Mushtaq Ali Trophy.

Put into bat at the Sardar Patel Stadium, Baroda posted a competitive 160 for 3 and then restricted Punjab to 135 for 8.

Half centuries from skipper Devdhar (64 off 49 balls) and two-down Kartik Kakade (53 not out off 41balls) laid the foundation for Baroda's total.

Baroda lost opener Ninad Rathva (15) early as he was cleaned up by experienced pacer Siddharth Kaul (1/31).

Then in-form Vishnu Solanki (12) and Devdhar joined hands and fetched 14 runs off the sixth over as Baroda ended the powerplay at 44 for 1.

When it looked like the two would take the game away from Punjab, young leggie Mayank Markande (1/29) did the trick and trapped Solanki in front in the ninth over as Baroda slumped to 57 for 2.

Devdhar got a life on 31 when Kaul dropped a skier at short-fine leg.

He grabbed the chance with both hands and together with Kakade added 93 runs for the third wicket.

Chasing 161, Punjab were never on course. They lost opener Abhishek Sharma (5) in the second over.

Pacer Lukman Meriwala (3/28) struck again as he dismissed in-form Prabhsimran Singh (15), who was holed out in the deep as Punjab slumped to 21 for 2.

Anmolpreet Singh (15) too failed to convert his start and in an effort to catch up with the required run-rate, was holed out in the deep.

Baroda kept making in-roads as they dismissed Ramandeep Singh (6) with Ninad Rathva (2/18) registering his second scalp of the day.

Run-rate pressure got to Gurkeerat Mann (39), who too was holed out in the deep, as Punjab lost its half side for 85.

Skipper Mandeep Singh (42 not out), who injured his shoulder while fielding and came out to bat down the order, tried his best but could not take his side home.

Baroda will now take on Tamil Nadu in the summit clash on Sunday. 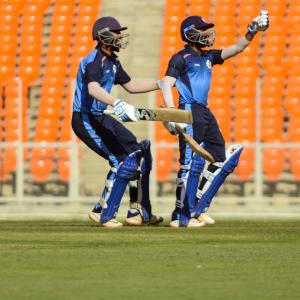 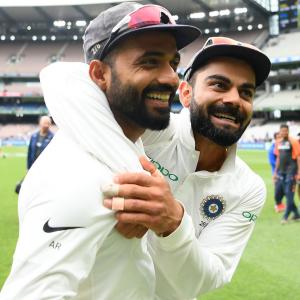