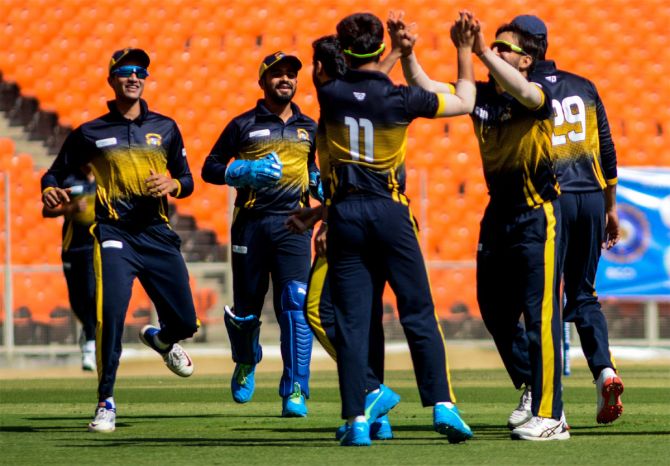 Punjab thrashed defending champions Karnataka by nine wickets to storm into the semi-finals of the Syed Mushtaq Ali Trophy T20 tournament, at the Sardar Patel stadium in Ahmedabad, on Tuesday.

In the second quarter-final, Tamil Nadu defeated Himachal Pradesh by five wickets to seal their spot in the semis.

Electing to bowl, Punjab dismissed Karnataka for a lowly 87 in 17.2 overs with pacer Siddarth Kaul picking up 3/15, while Sandeep Sharma, Arshdeep Singh and Ramandeep Singh claimed two wickets each.

It soon became 26 for four, as young left-arm pacer Arshdeep dismissed B R Sharath (2), who was caught in the slip cordon.

All-rounder Shreyas Gopal (13) was caught behind by wicketkeeper Prabhsimran Singh off pacer Ramandeep as Karnataka lost its half side for 51.

Aniruddha Joshi top-scored for Karnataka with 27 before he was cleaned by leg-spinner Mayank Markande.

In reply, Punjab suffered an early blow when Abhishek Sharma was caught by Padikkal off pacer Abhimanyu Mithun for 4 in the first over. But there was no stopping Punjab after that as Prabhsimran Singh stroked a quickfire 49 not out off 37 balls, including three sixes, while captain Mandeep Singh made 35 not out to carry their team to an emphatic victory in the 13th over.

In the evening game, put into bat, Tamil Nadu first restricted Himachal Pradesh to 135/9 and then rode on Baba Aparajith's unbeaten 52 to overhaul the target in 17.5 overs.

Tamil Nadu kept on taking wickets at regular intervals as they did not allow opposition batsmen to settle down.

HP skipper Rishi Dhawan top-scored with an unbeaten 35 off 26 balls, while opener Abhimanyu Rana (28) and one-down Nitin Sharma (26) failed to convert their starts.

While chasing, Tamil Nadu lost openers Narayan Jagadeesan (7), C Hari Nishanth (17) and Arun Karthik (0) early to find themselves in trouble at 25/3 at one stage.

Tamil Nadu were in a spot of bother when they slipped to 66 for 5 but Aparajith, who struck three fours and two sixes, and Shahrukh Khan (40 not out off 19 balls) conjured an unbeaten 75-run sixth wicket stand to take the side home. 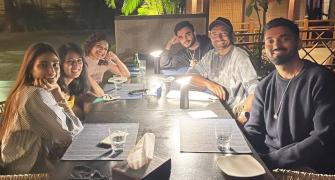 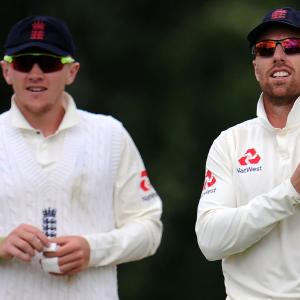 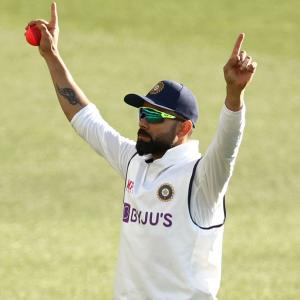