'Mumbai Indians not just an IPL club, but a finishing school'

'What I have gained in the last three years at Mumbai Indians will always remain with me as the bedrock of my cricket.' 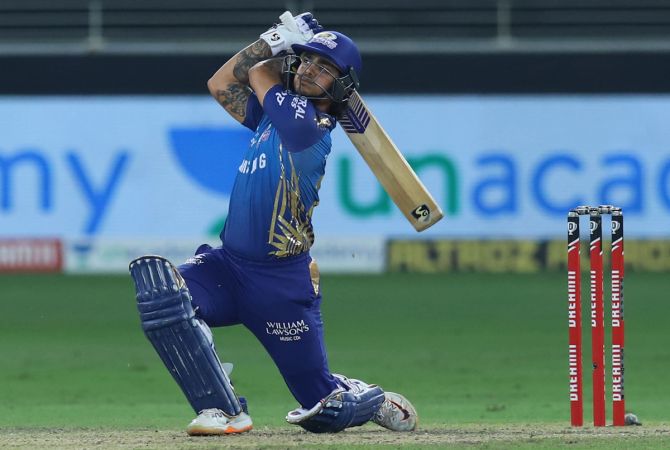 Five-time IPL champions Mumbai Indians has over the years proved that it is one of the most successful T20 teams in the world.

While the team definitely boasts of some world-class performers like Rohit Sharma, Jasprit Bumrah, Hardik Pandya and Kieron Pollard among others, what makes the club stand out is its vision and keenness to back raw talent and turn them into finished products.

Mumbai Indians relied not just on international performers like Pollard or Quinton de Kock or Trent Boult, but also on the likes of uncapped duo of Ishan Kishan and Suryakumar Yadav as they emerged triumphant in the 13th edition of IPL last year.

While Ishan finished with 516 runs from 14 games -- the most for MI in the last edition - Suryakumar picked 480 runs from 16 games. In fact, his calm and composed nature saw former cricketers calling for his inclusion in the team for the limited-overs series against Australia.

Even though Suryakumar missed the bus for the Australia tour, both him and Ishan are a part of the Indian team for the England T20Is. The twin call-up has once again showed that the MI franchise is more a finishing school which believes in creating the perfect bench strength for the national team.

"What I have gained in the last three years at Mumbai Indians will always remain with me as the bedrock of my cricket. Difficult for me to break it down into details, but it was more of the mentorship I would reckon from the coaches, captain and Zaheer (Khan) Sir, which really helped me; and my conversations with Akash Sir, he always shown faith in me," Ishan told ANI.

"When I came to Mumbai Indians, I was still someone trying to figure out the transition from being a Under-19 cricketer to making it to the other side as a professional. To be honest here, the management at Mumbai Indians brought a lot of discipline in me, at times pushed me hard, and yet allowed me to express myself freely. Now when I look back, I feel this is the best that has ever happened to my game and to me personally," he smiled. 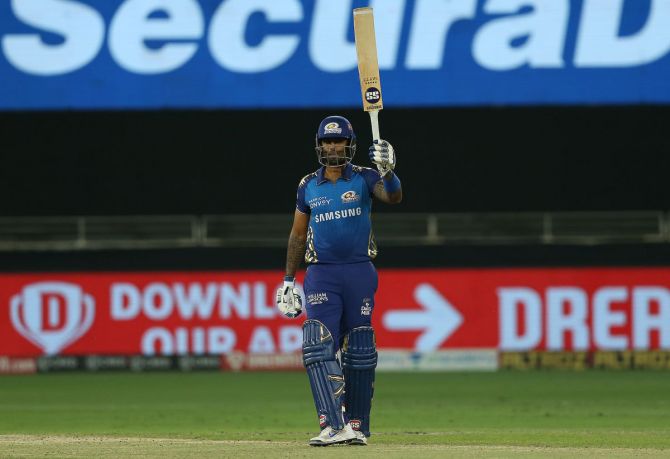 Echoing the sentiments, Suryakumar threw light on the vision that the Mumbai unit has and how it helps youngsters to rise through the ranks.

"I would say Mumbai Indians is as an institution. The entire set up, the system and process is a notch higher when it comes to Mumbai Indians. They have clear vision, and that's what has helped me in my process and the progression I needed to become a better cricketer," he said.

While Ishan and Suryakumar have hogged the limelight since their national call-up, the Mumbai Indians team management has been working overtime with these guys for the last few years.

The reason behind their consistent success over the years is the management's focus on creating a robust network of scouting system which identifies raw talent and nurtures them into professional cricketers.

Suryakumar is a classic example of how Mumbai Indians identified his style of playing, created a position for him in the team where he is able to showcase his potential and backed him all through. Ishan is another case study how the franchise saw his potential early on. He was quite raw when he came to the MI camp but the scouts and management were convinced of his abilities.

Even though the likes of Hardik and Bumrah are now international performers, they too were picked up early by Mumbai Indians. In recent years, the IPL champions have expanded their scouting programme internationally and the purchase of young South Africa cricketer Marco Jansen once again showcases Mumbai's belief in investing in the youth.