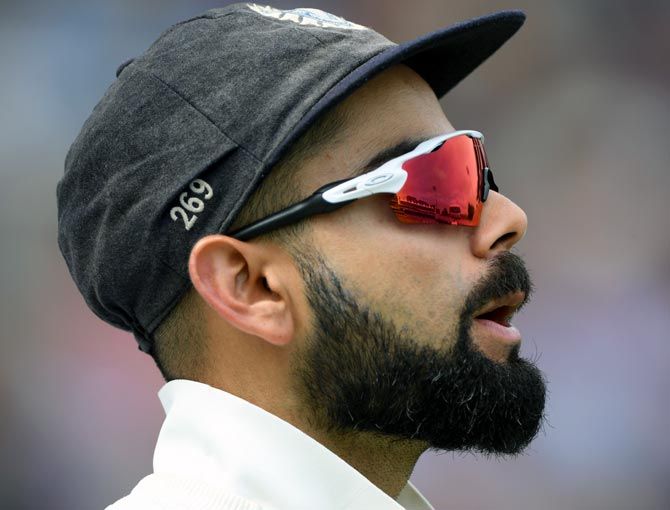 India captain Virat Kohli on Monday lost his number one position in the ICC Test rankings for batsmen, dropping to second after a forgettable performance in the second Test against England.

Kohli lost the position to former Australian captain Steve Smith, who is currently serving a one-year ban owing to his role in the ball-tampering scandal against South Africa earlier this year.

The low scores and one-sided defeat have led to a fall in rankings for most India players with off-spinner Ravichandran Ashwin being the notable exception.

Ashwin has also leap-frogged South Africa's Vernon Philander to grab the third position among all-rounders. On the other hand, all-rounder Hardik Pandya has moved up 25 places to take the 74th spot among bowlers.

England paceman James Anderson has become only the seventh England bowler and the first in 38 years from his country to breach the 900-point mark in the rankings for after an excellent performance in the second Test against India, the ICC said in a statement.

England's all-time leading wicket-taker in Tests with 553 scalps, Anderson is the only one to claim 100 Test wickets at Lord's. He is the first England bowler to breach the coveted mark since Botham touched 900 points in August 1980.

Another one to make a mark in the Lord's Test and whose performances reflect strongly in the latest rankings update is player of the match Chris Woakes, whose splendid century and useful bowling efforts see him move up all three charts - for batsmen, bowlers and all-rounders.

Woakes, who slammed an unbeaten 137 in England's only innings and chipped in with four wickets in the match, has gained 34 places to reach a career-best 50th position among batsmen while also moving up three places to 32nd among bowlers and by five places to seventh among all-rounders.

Another England player to catch the eye in the latest rankings is wicketkeeper-batsman Jonny Bairstow, whose 93-run knock has lifted him back to the top 10, in ninth place. Stuart Broad (up one place to 12th) among bowlers, and batsmen Jos Buttler (up one place to 69th) and Ollie Pope (125th), have also done well with regard to rankings.