'Moeen and Rashid not in league of Swann, Panesar' 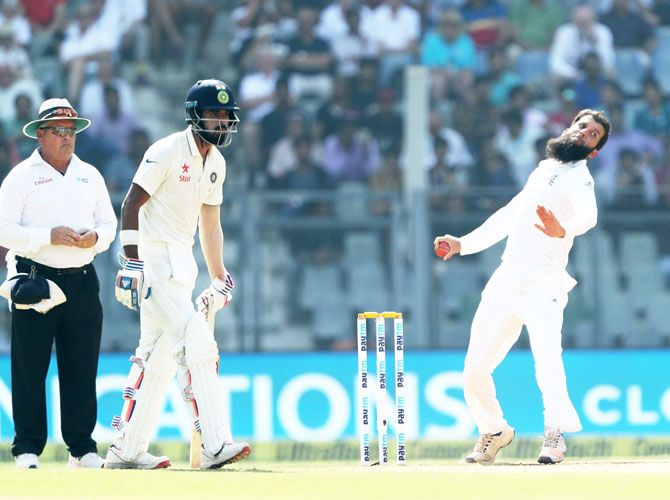 Vanquished England skipper Alastair Cook blamed missed chances and lack of spin-bowling options for losing the fourth Test by an innings and 36 runs and with that the five-match series, in Mumbai on Monday.

"It was a game of missed opportunities again. 400 on that wicket was a good score. 230 for two we had an opportunity to go a bit bigger than that, but I thought 400 in those conditions was good and just above par. Then at (India on) 300-6 and 360-7 we had opportunities," said Cook in his post-match media conference after the home team had wrapped up the victory in 32 minutes of play.

"We missed three good chances to take wickets and they made us pay. That is credit to India. Most teams who score runs give chances at some stage and it is about a side being good enough to take them. Missing (Virat) Kohli, missing (Murali) Vijay and (Jayant) Yadav cost us dearly," he said.

Cook rued the fact that his spin bowlers were not in the same league as those who helped England come back from 0-1 down and win the series in 2012 in similar conditions.

"No disrespect to Mo (Moeen Ali) and Rash (Adil Rashid), but Graeme Swann and Monty Panesar were world class bowlers in 2012. In these conditions you need that," he said.

"Mo and Rash have bowled well but they are not yet in that league of Swann and Panesar. That is why we need a slightly different balance to the side. In 2012 we could play the four bowlers, two seamers and two spinners, but in this side we need more options."

Cook said England needed to play a perfect game to tame India in these conditions. 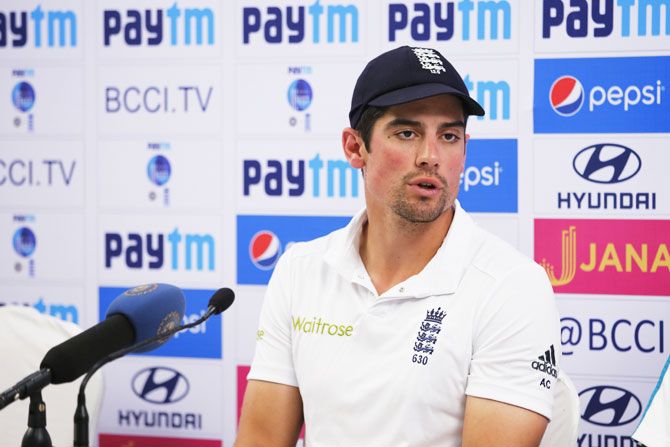 Cook also heaped praise on premier Indian spinner Ravichandran Ashwin, who secured a match haul of 12 for 167 in the fourth Test here.

"It is very difficult (to play him in these conditions). He has bowled well and improved massively as a bowler over the last couple of years. He does not miss length too much," the England skipper said.

"As a spinner if you don't miss length you are always putting the batsman under pressure. He does not bowl many bad balls and you can see now his confidence is sky high and he is bowling more variations because he has that control.

"Credit to him, he is certainly a lot better bowler than he was a couple of years ago. That is down to hard work and that is what happens in the game. If you work hard enough and you are good enough you get your rewards."

Cook conceded he had misread the Wankhede Stadium pitch slightly as he felt it will not spin from day one.

"Generally, here in Mumbai, it spins slightly later on in the game but it spun pretty much from ball one and last time in 2012 it didn't and the pitch looked exactly the same. We went for that option (for seam bowlers), to try and give us more control and our best two spinners on this tour have been Mo and Rash." 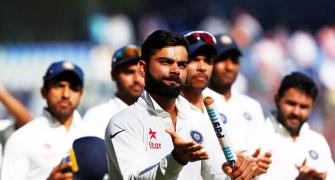 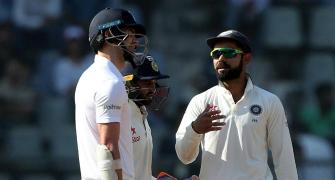 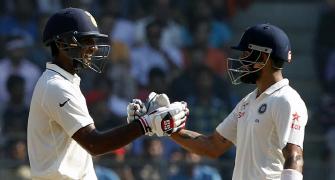 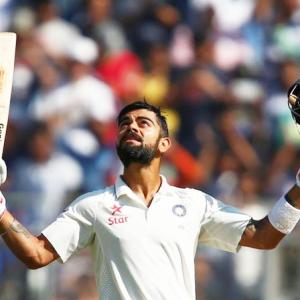 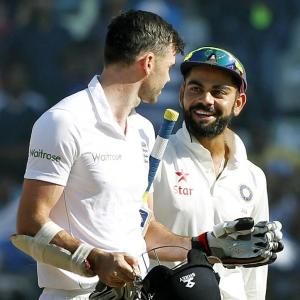