'Mo is spending a little time away from the middle, recharging his batteries' 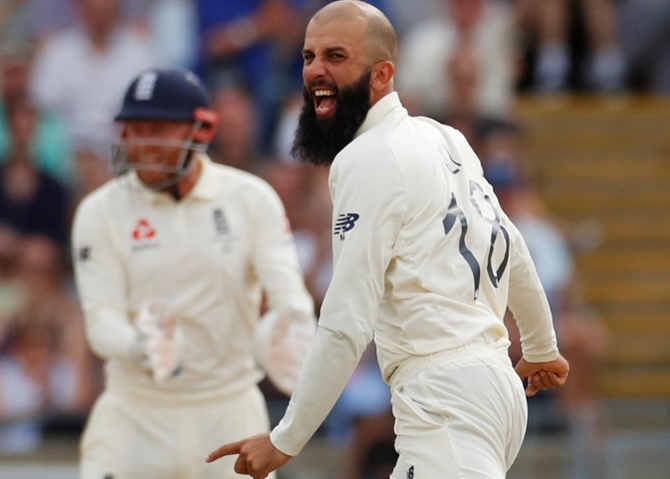 England’s Moeen Ali is taking a break from cricket to 'recharge his batteries' after he was dropped from the Ashes squad ahead of the second Test against Australia, Worcestershire coach Alex Gidman said on Tuesday.

Ali was dropped after a poor performance in the opening Test in Edgbaston where he picked up only three wickets in two innings (1-42 and 2-130) and did not score more than four runs.

Left arm spinner Jack Leach has been named in the squad in his place for the Test at Lord’s.

"Mo is spending a little time away from the middle, recharging his batteries and putting in some quality practice time which he feels he needs, and we completely respect," Gidman said in a statement.

“He has had an intense schedule of international cricket involving the ICC World Cup and the start of the Ashes."

“Mo loves playing for Worcestershire and he gives a lift to everyone in the dressing room when he comes back and plays for us. We look forward to when he returns soon.”

Ali, who was part of England’s triumphant squad that won the 50-over World Cup on home soil last month, has played 60 Test matches since making his debut in 2014 with 181 wickets to his name.