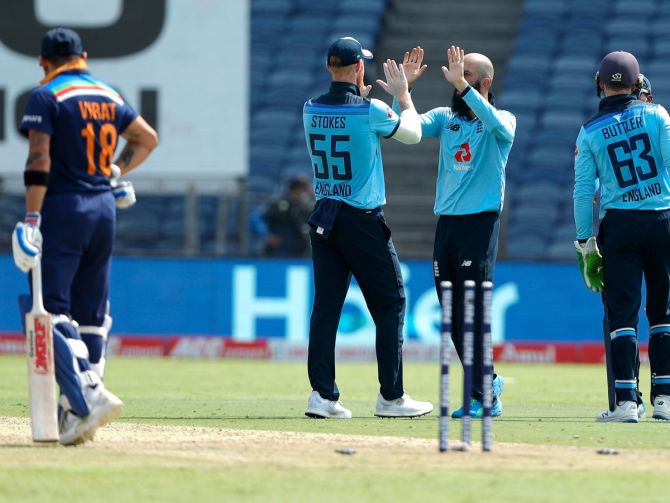 India skipper Virat Kohli fell to Moeen Ali for the ninth time in his international career during the third and decisive ODI in Pune on Sunday.

The 32-year-old was batting on 7 when the England spinner took him by surprise and cleaned his leg stump.

The off-spinner has dismissed the talismanic batsman for the joint second most time in international cricket now.

His bowling partner Adil Rashid has also got the better of Kohli on as many occasions.

Virat Kohli has fallen to spin on several occasions during the tour.

Kohli has in fact hasn't fared well against either spinner, getting out to Moeen Ali on of occasions as in the series as well. The off-spinner all-rounder got Kohli out twice in the second Test for 0 and 62 and most recently in the deciding ODI for 7.