Until we educate the entire human race, racism will not stop: Holding 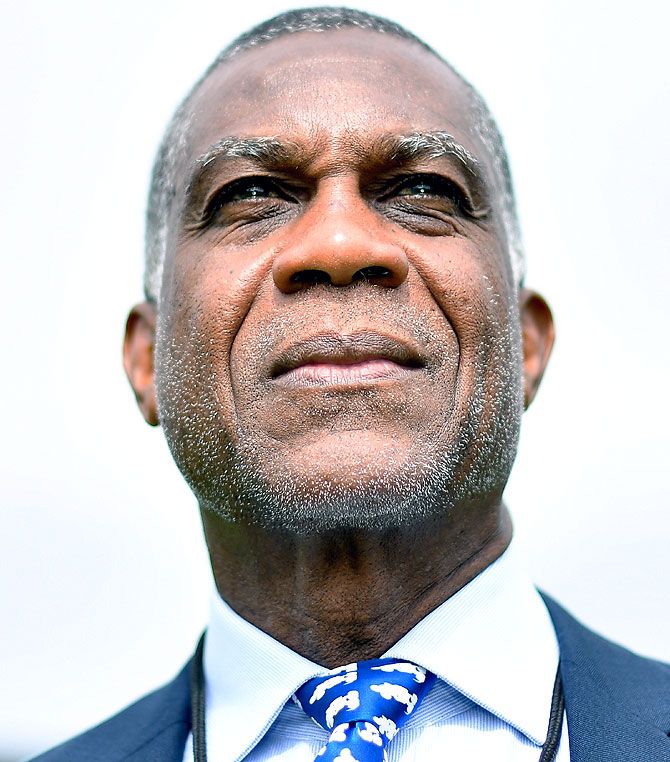 An emotional Michael Holding didn't hold back as he delivered a powerful message against racism on Wednesday, asserting that the black race has been dehumanised and its accomplishments wiped off from a history "written by people who do the harm."

Holding, who will retire from commentary at the end of next year, talked about racism as cricket restarted amid the COVID-19 pandemic in Southampton with the first England-West Indies Test.

It's a match in which players from both the sides will sport 'Black Lives Matter' logos on their jerseys to make a statement against racism following global protests triggered by African-American George Floyd's death at the hands of a white police officer.

The two teams also took a knee ahead of start of play at an empty Rose Bowl stadium.

"...when I say education I mean going back in history. What people need to understand, these things stem from hundred years ago," the former pace great said on Sky Sports.

"The dehumanisation of black race is where it started and people will tell you that's a long time ago, get over it. No, you don't get over things like that and the society has not gotten over something like that," he said.

The 66-year-old said over the years, people have been brainwashed by an education system that portrayed black race negatively and refused to acknowledge its contribution to humanity's advancement.

"Think about religion ... Look at Jesus Christ, the image that they give of him: pale skin, blond hair, blue eyes. Where Jesus came from, who in that part of the world looks that way but again this is brainwashing to show this is what perfection is.

Citing the recent incident where a white woman, Amy Cooper, called the police on a black bird-watcher in New York's Central Park, Holding said her actions were based on established prejudices.

"...by the time he (the black man) proves he is not guilty he might be dead. she had that thing in her mind from day one. That's why she said and did what she did," Holding said.

"They keep telling me there is nothing called white privilege, give me a break, I haven't seen white people go into a store and being followed. A black man walks in, and someone is following him everywhere he goes, that is basic white privilege," he explained.

"Whether that white person ends up robbing the place or not, he is not being thought in that way, and things like that have to change," he asserted.

Talking about how the achievements of black people have been ignored over the years, Holding said: "...everybody knows Thomas Edison invented the light bulb with a paper filament, can you tell me who invented the filament that makes these lights shine throughout? Nobody knows because he was a black man, it was not taught in schools.

"Lewis Latimer invented the carbon filament, who knows that. Everything should be taught. I was never taught anything good about black people and you cannot have a society that is brought up like that, both black and white, that only teach what is convenient."

While light bulb was discovered by Edison but Latimer invented the carbon filament which was used to create longer lasting bulbs.

Former England skipper Naseer Hussain, who was also present during the discussion on racism, said it's been too long that people have been looking away.

"I sat there six weeks ago and I watched a black man being killed in front of my eyes. My natural reaction is to look away ... the next time, it came on, because of the protest, I forced myself to watch, because I felt something inside me tell that Naseer you have been looking away for too long," he said.

"We all have been looking away for too long. The players should be proud of wearing these badges but really, it's 2020 and we have to wear a badge saying black lives matter, really?"

Asked if he had ever faced racism in his life, Hussain said: "Of course, I have (faced racism), with my surname growing up ... with an Indian dad and an english mom, probably getting a bit from both sides."

"While fielding in the boundary in various parts of the world and people say 'hey Saddam'," he added.