'I don't think some of the coaches, or some of us, have the ability to deal with some of the issues. Some things we might be able to, but there may be some things where we might need to look at professional help.' 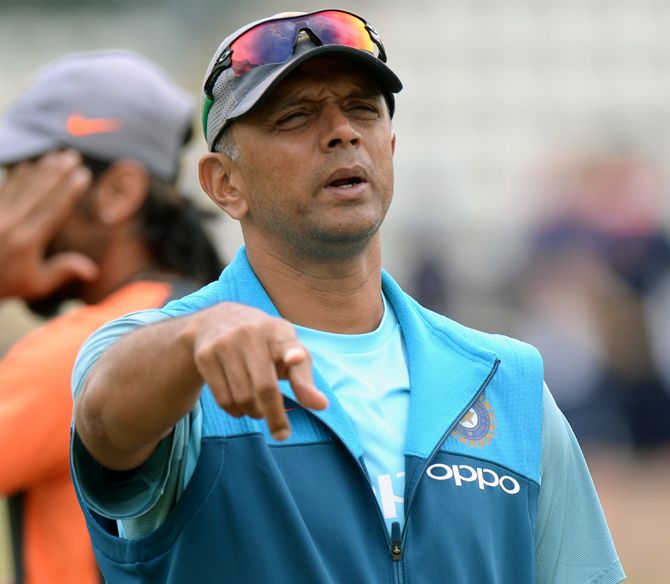 Former India captain and batting great Rahul Dravid believes maintaining good mental health is a "big challenge" in a tough game like cricket and players should strike a balance in everything they do to overcome the stress of busy schedules and uncertain futures.

Dravid, who is the National Cricket Academy (NCA) Director, said it is difficult to cope when one spends a considerable time on the sidelines.

"It is a big challenge. This is a tough game. There is so much competition, a lot of pressure, and kids are playing all year round now. It is a game in which you do sometimes spend a lot of time waiting around, having a lot of time to think," he told ESPNCricinfo.

Three Australian cricketers, including the seasoned Glenn Maxwell and young Will Pucosvski, recently took a break from the game, citing mental health issues.

India captain Virat Kohli lauded Maxwell for opening up on the subject and recalled a time in his own career when he battled "end of the world" thoughts but struggled to communicate them.

"....you really need to look after yourself on and off the field, and look after stuff like mental health. That's again something that, as much as we talk to these boys about, it's really important to maintain a certain level of balance in everything you do," he said.

Dravid said as NCA Director, he has been trying to put a system in place where professional help is at hand when a player needs it.

"There has been some work on that as well, wherein eventually we will get to a point where hopefully we should have professionals on board. I think sometimes some of these things need to be handled by professionals," he said.

"I don't think some of the coaches, or some of us, have the ability to deal with some of the issues. Some things we might be able to, but there may be some things where we might need to look at professional help.

"It's one of the things we are definitely keen on doing at the NCA: giving some of these boys access to some level of professional help if they do require it."

Speaking about the upcoming Under-19 World Cup in January-February next year, Dravid said those who don't make it to the squad would not be judged as it is not end of the road for them. Likewise, he said, selection in the squad does not mean that the player will definitely make the senior team in future.

Talking about the emergence of India's much-feared pace battery, led by Jasprit Bumrah and Mohammed Shami, Dravid said they are inspiring the youth.

"...I think what Ishant (Sharma), (Mohammed) Shami, Umesh (Yadav), Bhuvneshwar Kumar and (Jasprit) Bumrah are doing, is they are actually in a way becoming role models for a lot of younger generation of boys who believe now they can be fast bowlers.

"Obviously we had people like Kapil (Dev), Sri (Javagal Srinath), Zaheer (Khan) and all in the past. But as a group, this is probably one of the best fast-bowling attacks we have ever had. I think that's a great inspiration for a lot of these young boys."