Ashok Menaria and Mandeep Singh scored unbeaten centuries to put India 'A' in the driver's seat against New Zealand 'A' in Lincoln, on Wednesday.

At close on the opening day of the second unofficial Test, the tourists were 433 for 4.

Mandeep and Menaria put on an unbeaten 294-run stand for the fifth wicket, the former on 169 and the latter on 164 at stumps.

Opting to bat, India 'A' were in a spot of bother with four wickets down and less than 140 on the board, but Mandeep and Menaria joined hands to not only consolidate the innings but also put the team in command against the hosts by the end of the day.

India lost openers Abhinav Mukund (12) and Unmukt Chand (7) early, with just 31 on the board. But Bengal's Anustup Majumdar and Mandeep did the repair work in a 94-run partnership for the third wicket.

However, Majumdar's innings was cut short by Kiwi pacer Brent Arnel after a well-made 56. Suryakumar Yadav also failed to sustain and fell after hitting just nine runs, leaving India 'A' reeling at 139 for four.

But Rajasthan's Menaria and Mandeep launched an all-out attack against the Kiwi bowlers. The former was the more dominant of the two. He played some delightful shots on his way to his 100, off just 90 balls, smashing the Black Caps all around the park. His unbeaten 164 was studded with 21 boundaries and two sixes.

Mandeep also played superb cricket and his 169-run knock was laced with 20 fours and a six.

Arnel was the pick of the Kiwi bowlers with figures of three for 70, while Andy Mckay took one for 116.

The first Test between the teams was drawn. 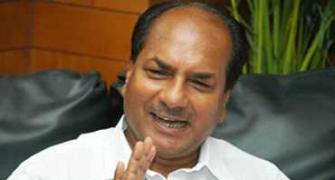 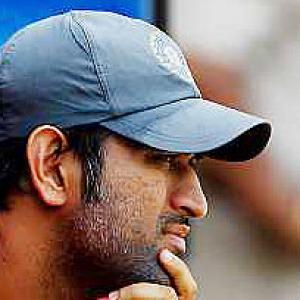 'Dhoni to be blamed for India's ouster' 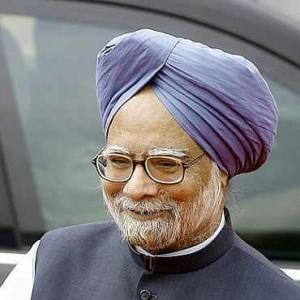