Paddy Upton previously coached Rajasthan Royals for four years, during which they reached the semi-finals of the IPL in 2013. During his earlier stint, Upton was the head coach of Royals for four years, during which they reached the semi-finals of the IPL in 2013. The edition was particular difficult one as three of its players including the tainted Shantakumaran Sreesanth, were arrested midway into the tournament on allegations of spot-fixing.

The same year, Royals also reached the final of the Champions League T20.

Upton has guided and mentored several franchise teams across the globe, be it in IPL, Big Bash or Pakistan Super League.

As coach of Sydney Thunder for four years, he guided the team to the 2016 Big Bash League title.

His biggest achievement came with the Indian national team, as mental conditioning coach, when he combined with head coach Gary Kirsten to guide India to 2011 ODI World Cup title and World No.1 rank in ICC Test rankings.

Upton has also held the position of Performance Director of South Africa Cricket from 2011-2014, when South Africa became the first cricket team to hold the World No.1 ranking in all three formats of the game in 2012.

In 2018, he was inducted into Australia's Deakin University as a Professor of Practice at its Business School.

His role includes creating free online coaching courses for people with an interest in building their career in sports coaching.

"It gives us immense pleasure to announce Paddy joining the team. We welcome him back to the Royals Family. Paddy is someone who is well versed with the culture of Rajasthan Royals and he knows what it takes to achieve success in international sport at the highest level," said Manoj Badale, lead owner of Rajasthan Royals. 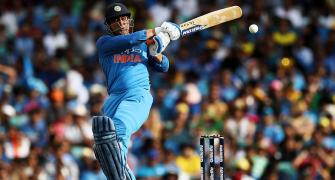 Which position should Dhoni bat in ODIs? 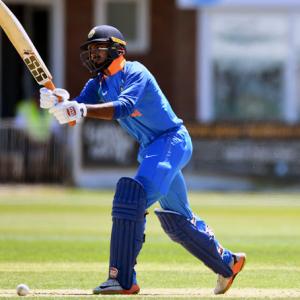 Can he play the finisher's role for India in ODIs?