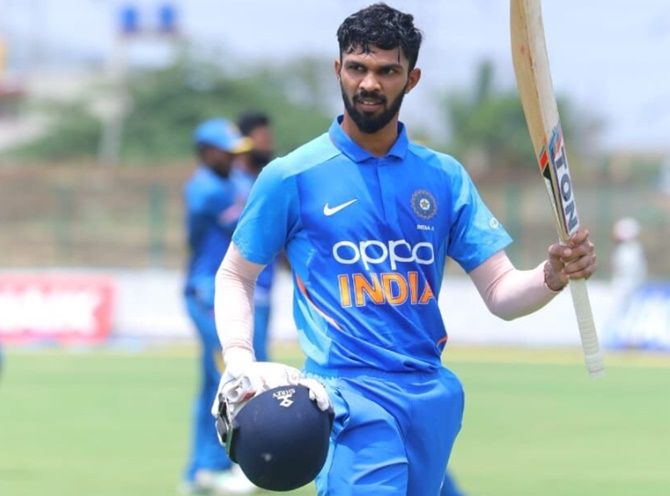 When Suresh Raina decided to leave the Indian Premier League for personal reasons, Chennai Super Kings owner N Srinivasan slammed the all-rounder for his sudden pull out, saying he behaved like a 'prima donna'.

The former BCCI boss was quick to endorse Ruturaj Gaikwad.

'He is an outstanding batsman and will get a chance now. Ruturaj can become the star of the show, who knows?' Srinivasan said.

Who is Ruturaj and why has he won Srinivasan's vote of confidence?

The 23 year old from Pune has played over 50 List-A matches, made his first-class debut for Maharashtra in the Ranji Trophy against Jharkhand in 2016, scoring 15 runs.

From there on, he has gone on to represent India 'A', India 'B', India Under-23, Junior Maharashtra teams among others.

He was also the top performer for Maharashtra in the league stage of the Syed Mushtaq Ali Trophy in 2018-2019.

According to ESPNCricinfo, in four years, in 21 first-class matches he averages about 39. His List-A record is even more impressive, having scored nearly 2,500 runs in 54 matches at an average of 49.

Even though he didn't have the best time in the middle in the Vijay Hazare Trophy in 2019, he made it up by scoring heavily in the Deodhar Trophy late last year.

Impressed by his performances across all platforms, he was picked by the Chennai Super Kings at the IPL 2019 Players Auction, at his base price of Rs 2 million.

With 'Rutu' impressing CSK Captain M S Dhoni during CSK's brief training session in Chennai and catching canny Srinivasan's attention, he could find a place in the playing XI when CSK take on Mumbai Indians in IPL 2020's opening game.

But before that, he has to be deemed covid negative. He is currently in quarantine after testing positive and will only join the CSK squad after September 10 -- provided his next COVID test returns negative.