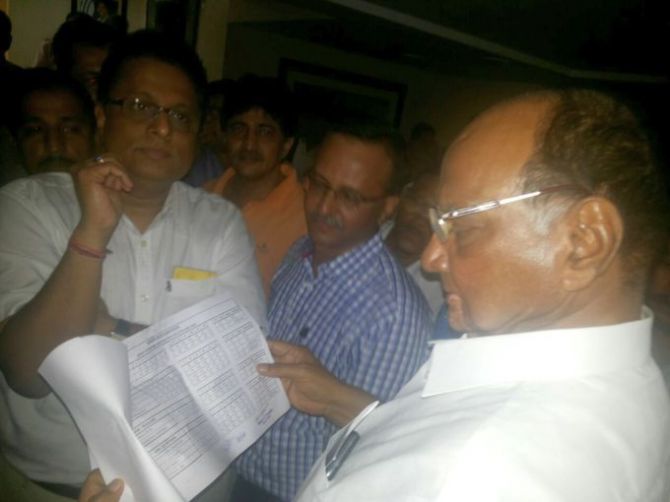 Nationalist Congress Party chief Sharad Pawar was re-elected president of the Mumbai Cricket Association at its biennial elections in Mumbai on Wednesday.

Pawar emerged victorious in a straight contest to retain control over the association he headed for 10 years, from 2001 to 2010 and 2012.

His re-election continues a two-decade trend of a politician at the helm of the MCA, barring a brief period when Ravi Savant was president following the untimely demise of the then chief, Vilasrao Deshmukh.

Sawant, who was a former vice-president of the BCCI when Narayanswami Srinivasan was at the helm, was surprisingly defeated in the contest for joint-secretary.

The Pawar-Mahaddalkar panel swept the managing committee posts, winning 10 of 11. Former India Test batsman Pravin Amre was the lone man from Patil's panel to find a place among those elected.

Former Test cricketers Lalchand Rajput and Abey Kuruvilla, both from Patil's panel, were also beaten. While Rajput was attempting to regain the position of joint-secretary that he occupied in the past, Kuruvilla contested for vice-president.