'Made to look the fool': Aussie captain apologises for SCG behaviour

'My leadership wasn't good enough, I let the pressure of the game, I suppose get to me' 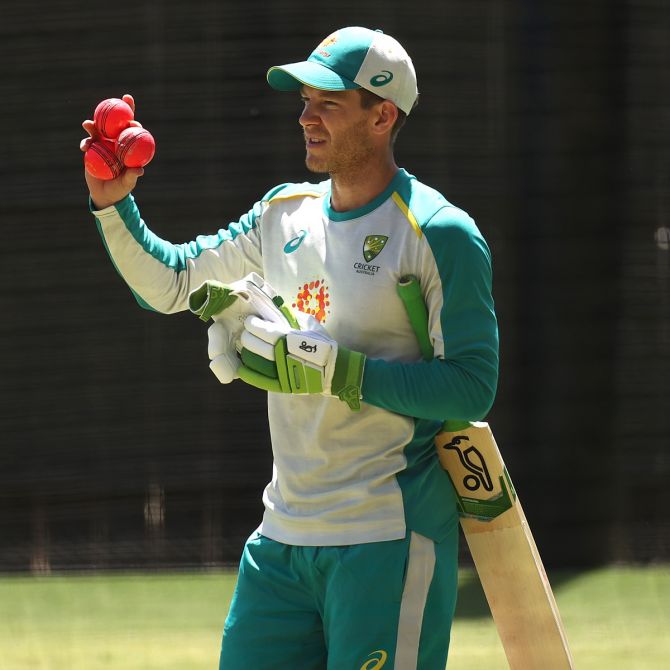 Australian captain Tim Paine on Tuesday apologised for his on-field behaviour during the drawn Sydney Test against India, saying that his leadership wasn't good enough and he ended up 'looking like a fool' by sledging Ravichandran Ashwin.

Paine has come under fire for a verbal duel with Ashwin when the Indian held vigil with an injured Hanuma Vihari to eke out a draw for his team, which was chasing a mammoth 407 for a win.

"I spoke to him (Ashwin) really quickly after the game yesterday, as I said to him, look I ended up looking a fool, didn't I? You open your mouth and then you drop a catch and had a bit of laugh about that," he said at a virtual press conference, which he wasn't even scheduled to attend.

He said he decided to speak to the media to "address some things from yesterday".

"...I do want to apologise for the way I went about things yesterday on someone who prides himself on the way I lead this team and yesterday was a poor reflection of that," Paine said.

The 36-year-old wicket-keeper dropped three catches, including of Vihari after the confrontation with Ashwin.

Paine conceded that it was the pressure of the game that got to him and that affected his mood.

"My leadership wasn't good enough, I let the pressure of the game, I suppose get to me and it sort of affected my mood and then from there affected my performance," he elaborated.

"So, yesterday when I came off the ground, my reflection was purely on my wicket-keeping...I think I said to my players, I had a really poor game as a leader, not so much as a captain, but certainly as a leader."

"...yesterday I fell short of my expectations and our team's standard," he added.

According to Paine, his behaviour on Monday wasn't a reflection of the way he wants to lead the Australian team.

"So, I want to apologise for the mistakes that I have made yesterday. Certainly, as I said, not a reflection of the way I want to lead this team."

"We have set really high standards over the last 18 months and yesterday was certainly a bit of blip on the radar and something I felt I needed to come out and address," he asserted.