- The far-reaching effect on the implementation of the Justice Lodha Committee's recommendations and the subsequent scathing observation on the matter by the Supreme Court has left the BCCI members thoroughly shaken. 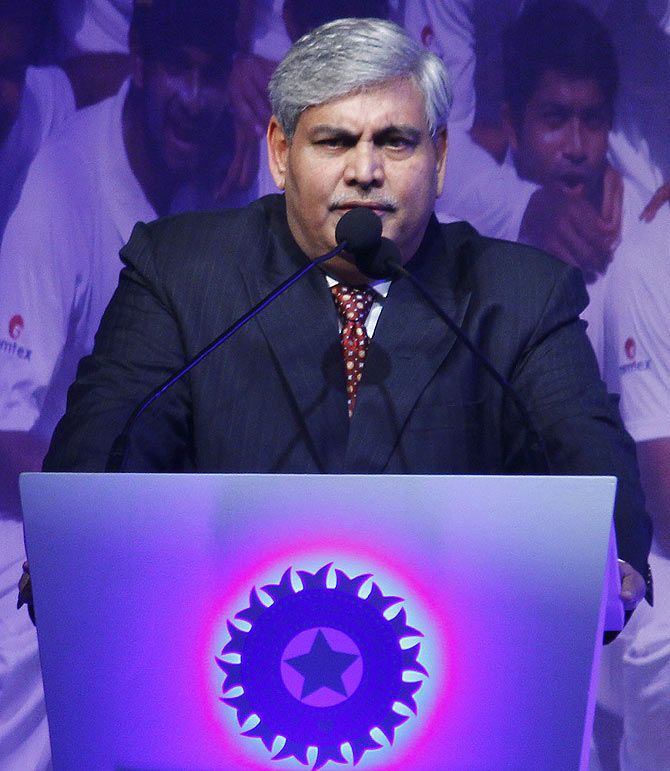 Pushed into a tight corner by the recommended sweeping reforms to its structure by the Supreme Court-appointed Justice Rajendra Mal Lodha Committee, Board of Control for Cricket in India's members are scheduled to meet in Mumbai on Friday at a Special General Meeting (SGM) to discuss the report's implementation.

The SGM has been convened to figure out a way forward after the BCCI was told to 'fall in line' with the Lodha panel recommendations by the apex court that has given the Board time till March 3 to respond.

The SGM is to be preceded by the Working Committee meeting of the BCCI for ratifying the decisions by its sub-committees taken after its previous sitting.

The far-reaching effect on the implementation of the Lodha Committee's recommendations and the subsequent scathing observation on the matter by the Supreme Court has left the Board members thoroughly shaken.

Among the recommendations are limitation of tenure for the BCCI's office-bearers, prescription to limit their age to 70 years, one state-one vote (set to directly affect the associations within the states of Maharashtra and Gujarat) and barring of ministers and government officials from becoming office-bearers.

After the meeting of its Legal Committee in Mumbai earlier this month, with BCCI president Shashank Manohar in attendance, it was decided to convene the SGM to get the views of the various affiliates before the Board responds to the Supreme Court on the issue.

The BCCI had earlier advised its affiliates to convene their own managing committee meeting of SGM to take stock of the situation and discuss the implications of the recommendations made by the Justice Lodha Committee.

"As some of the recommendations have far reaching consequences, it may be advisable to seek an expert opinion as to how the same would affect your association," BCCI secretary Anurag Thakur had written in his communication to the BCCI's affiliates.

Two other items on the special agenda of the SGM are 'discussion on financial structure of the Member Boards of ICC (International Cricket Council) and the report of the Affiliation Committee of its visit to Chhattisgarh'.

The ICC had recently decided to scrap the controversial constitutional amendments, which gave executive clout and financial power to India, Australia and England.

The Shashank Manohar-led ICC Board has recommended a complete overhaul of the current power structure in the meeting held in Dubai earlier this month.

In its first meeting of 2016 after Manohar took over as ICC chairman, the world body's Board agreed that the current system, put in place by former head Narayanswami Srinivasan, needed to be done away with.

The Manohar-led ICC has suggested a complete review of the constitutional changes made in 2014 by Srinivasan which gave enormous powers to the 'Big Three' (India, Australia and England) with the bulk of the share of the ICC's revenue going the troica's way.