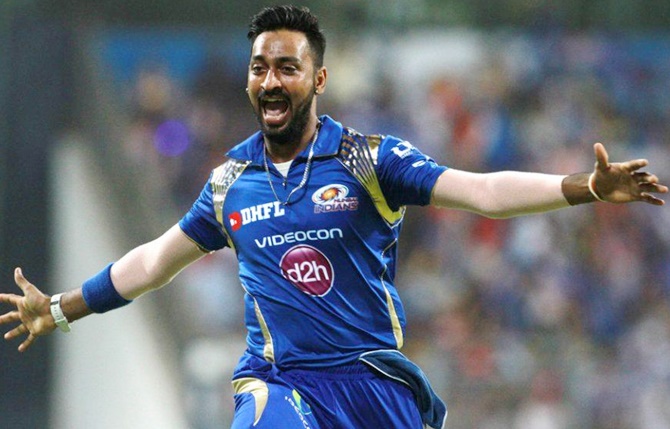 Krunal Pandya on Saturday became the costliest uncapped buy in IPL history, going for a whopping Rs 8.8 crore to Mumbai Indians as rookie players, both Indian and overseas, turned overnight millionaires in the auction in Bengaluru.

From India's U-19 World Cup stars to domestic and foreign recruits, uncapped players were the sought after lot for the eight teams.

The 22-year-old all-rounder has had a decent stint for Hobart Hurricanes in the Big Bash and plays first-class cricket for Sussex in England. 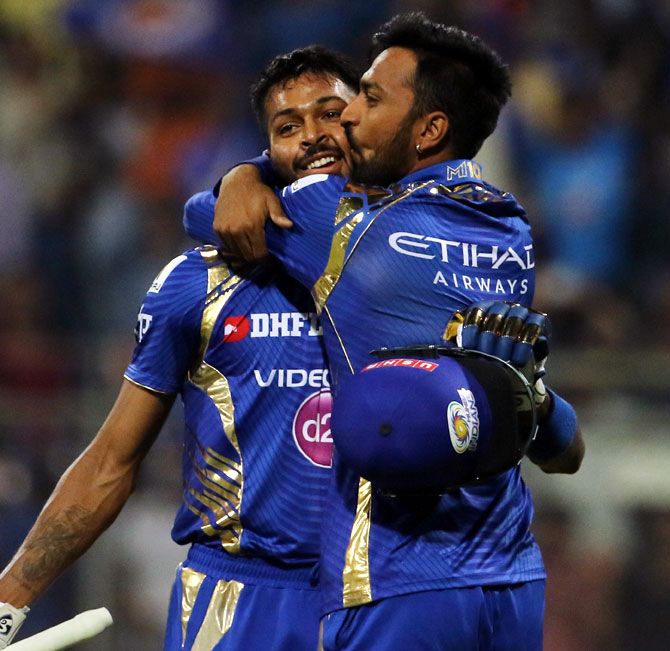 IMAGE: Hardik Pandya, left, celebrates with his brother Krunal after winning a match for Mumbai Indians during IPL-10. Photograph: BCCI

The third-highest bid was for Jharkhand wicket-keeper batsman Ishan Kishan, who was sold to Mumbai Indians for Rs 6.2 crore, more than 15 times his base price of Rs 40 lakh.

Australian left-hand batsman D'Arcy Short was rewarded for his batting exploits in the Big Bash with a Rs 4.4 crore pay packet from Rajasthan Royals. He is also quite useful as a schinaman.

The U-19 players who are currently playing the World Cup in New Zealand too were rewarded for their recent performances.

India U-19 captain Prithvi Shaw, who has made hundreds for Mumbai in Ranji Trophy, went to Delhi Daredevils for Rs 1.2 crore while opener Shubman Gill, who has played first-class cricket for Punjab, was lapped up by KKR for Rs 1.8 crore.

Kamlesh Nagarkoti, who has impressed many with his express left-arm pace in New Zealand, too went to KKR for Rs 3.2 crore from a base price of Rs 20 lakh.

There were few others whose life is set to change. Delhi left-arm pacer Kulwant Khejroliya, who was a waiter in Goa not long ago, was picked up by RCB for Rs 85 lakh.

Punjab opener Manan Vohra, who was in sublime touch in the recently concluded domestic T20 event, got a Rs 1.1 crore deal from Royal Challengers Bangalore. 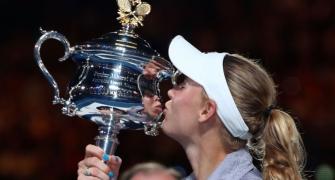 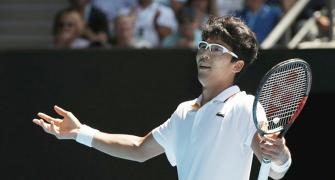 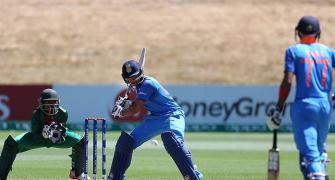 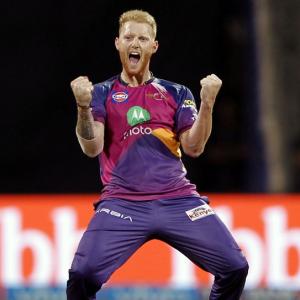 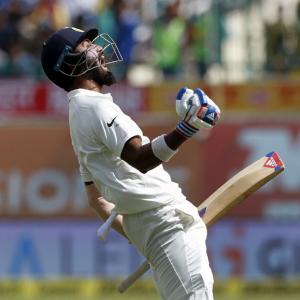