Kohli has made India a tough side, can't be bullied: Hussain

'Make no mistake, at home, they are a formidable outfit.' 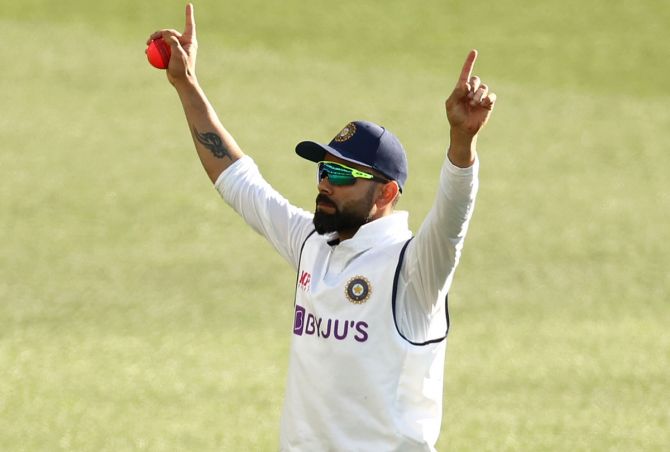 Former England captain Nasser Hussain believes skipper Virat Kohli has instilled a fighting attitude in the current Indian team, which does not get bullied by adversities, whether on or off the field.

Despite missing some key players to injuries and skipper Kohli, who was on paternity leave, an inexperienced Indian team, led by Ajinkya Rahane, displayed grit and determination to register a historic come-from-behind 2-1 series win over Australia in the four-Test series earlier this month.

Hussain warned England to be ready for a tough one in the four-Test series against India, starting in Chennai, from February 5.

"Any side that can go to Australia, go 1-0 down after being bowled out for 36, lose Kohli because he's going home on paternity leave, lose your bowling attack and still come back and win after some of the stuff that went on off the field in Australia, they won't be bullied," he told Sky Sports.

"They (India) are a tough side. I think Kohli has instilled that. Make no mistake, at home, they are a formidable outfit."

Insisting that England will head into the India assignment with plenty of confidence after the 2-0 series sweep of Sri Lanka, Hussain urged the visitors to field their best playing XI in the first Test.

"That's a really good sign that they're doing that, with harder tasks ahead. The Ashes, India home and away, New Zealand confirmed, but that is great momentum and confidence going into an iconic series which is India away," he said.

"...I was brought up in India and I've always seen India vs England as one of the great series - all I would have asked is turn up to Chennai with your best 13 to 15 players.

"I think England fans have earned the right for their best team to be there that first day. If it means (Stuart) Broad and (James) Anderson playing together because it's a bit green, worry about the Ashes down the line."