CoA met Shastri, Kohli and Rohit Sharma along with the selection panel 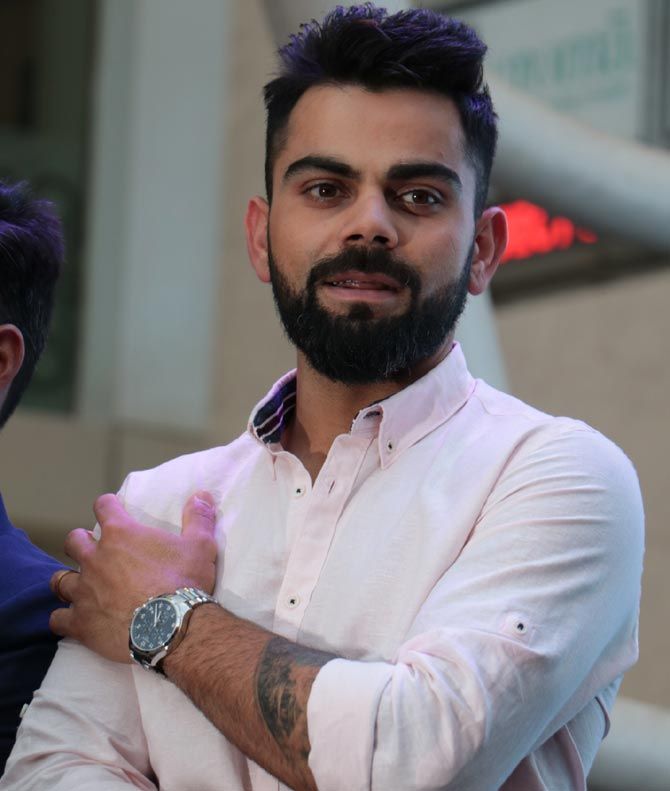 The Committee of Administrators (CoA), on Wednesday, met the Indian team management to discuss the communication issues, take stock of the England debacle and draw a blueprint for the upcoming Australia tour.

The meeting was significant as it has become clear in recent times that the national selection committee, led by MSK Prasad, is not on the same page as the team management comprising captain Virat Kohli and coach Ravi Shastri.

None of the people attending the meeting seemed forthcoming when asked about what exactly transpired in the meeting.

"This was an internal meeting of the Board of Control for Cricket in India and we will not make any comments," CoA chief Vinod Rai said after the meeting.

The CoA met Shastri, Kohli and Rohit Sharma along with the selection panel. Sharma was there to talk about India's performance in the Asia Cup, which the team won under his captaincy.

One of the primary subject of discussions was the reported communication breakdown that was extensively discussed after aggrieved players Murali Vijay and Karun Nair spoke openly about the "lack" of it.
Currently, the selectors and the team management are not looking eye to eye, a senior BCCI official said.

It was learnt that the Australia series, starting November, was extensively discussed with focus on extra practice games as the India 'A' team would be on a shadow tour of New Zealand.

Ajinkya Rahane, Cheteshwar Pujara are set to be part of that set-up.

"We have been assured by New Zealand Cricket that their top 'A' team players will turn up for four-day games. We have also been assured that wickets at Seddon Park in Hamilton will have lot of bounce to replicate the Aussie conditions," the official said.

The meeting was to also address a few core issues like the code of conduct for centrally-contracted players, and requirement of extra support staff.

Recently, Nair and Vijay went on record stating that there was "no communication" from either the selectors or the team management, an allegation emphatically denied by chairman of selectors Prasad and Rai.

While Prasad has said that his colleague Devang Gandhi has spoken to the concerned players, captain Kohli refrained from making any comments on the issue.

Vijay and Nair's public statements on the selection committee were seen as a violation of the 'Code of Conduct' for the centrally-contracted players.