The Indian skipper said that they will continue to back bowling all-rounders, which has been the pattern for the team's success in home conditions. 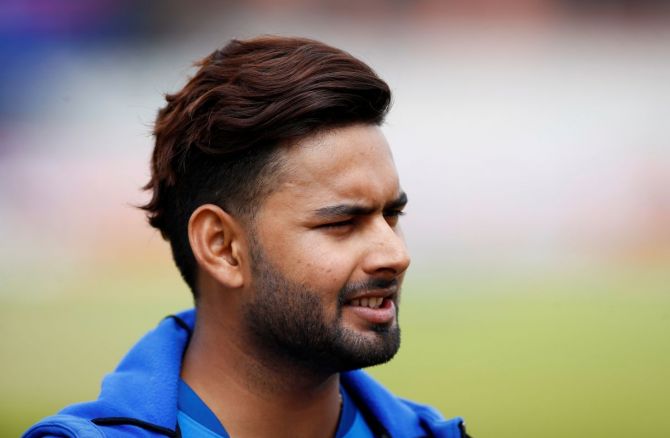 IMAGE: Virat Kohl also praised how Rishabh Pant, who was excluded from the white ball set-up, worked hard in Australia and results were there for everyone to see. Photograph: Jason Cairnduff/Action Images via Reuters/Files

Rishabh Pant has earned his stripes with excellent batting performances in Australia and will get a long rope in the five-day format, said India captain Virat Kohli, who also loosely hinted that Axar Patel might be in line for a Test debut against England.

The Indian captain also made it clear that while bowlers, who can bat well, will be in the "forefront of their plans" during the four Tests, the opening combination of Rohit Sharma and Shubman Gill is expected to be persisted with during the entire duration of the series against England, starting here on Friday.

"Yes, Rishabh will start and take the gloves tomorrow. He had impact performances recently and he is in a good space, and we want him to build on this along with improvement in all aspects of his game," Kohli said while elaborately discussing various aspects of team combination.

"This will happen with game time and confidence he gains with playing those games, that's how we look at Rishabh," he added.

The skipper also praised how Pant, who was excluded from the white ball set-up, worked hard in Australia and results were there for everyone to see.

"After IPL, when he came to Australia, he wasn't a part of the white ball set-up. He kept working hard on his fitness and game and realised that, he got the results eventually. All of us were very happy.

"We have backed him quite a lot and for good reason what we saw in Australia, what he can do with the bat and that brings in a lot of value to this team. He will be continued to be backed because he is an impact player and opposition will be wary of him," Kohli said.

The skipper said that they will continue to back bowling all-rounders, which has been the pattern for the team's success in home conditions.

And therein, Axar, according to the captain, fits the bill perfectly if one factors in Ravindra Jadeja's absence.

"The reason was basically to have someone similar to Jadeja's skills as to what they provide to the team which Axar brings in all three departments of the game. That falls in our plans...Since Jaddu was not available, Axar was preferred, because he brings in the same kind of discipline on the field."

Kohli was very clear about his plans on Rohit-Gill combination.

On a different note, he indicated that with four Tests at home, Kuldeep Yadav is expected to get his share of chances, having last played a five-day game in January, 2019.

"Someone like Kuldeep hasn't had much of a game time in the longest format for a while now. I mean you can count two years but in 2020, we didn't play any cricket for so long. But now that the home season starts, he will be in the scheme of things. To keep guys motivated, you need to give them goals," Kohli said.

The skipper is also impressed with the improvement that Kuldeep has shown while being with the team in all these months.

"Kuldeep is someone who has got a lot of skills and he understands that, there are areas in his game he needed to work and he has worked beautifully in Australia. He seemed fitter and I see his bowling, much more improved than what I have seen before. He has added to his skill sets as well," Kohli observed.

"Look, these are young guys and they understand that if they capitalise on opportunities, their careers will be very long. These are the people who will take the team forward."

While Jasprit Bumrah is an automatic pick in his first home Test, Kohli didn't indicate who among Mohammed Siraj or Ishant Sharma will partner the Gujarat speedster with the new ball.

"Jassi (Bumrah) will be keen to start in home conditions, because he understands this pitch very well and his skill sets will be very, very handy on these kinds of tracks. Along with Ishant, Siraj, all of them bowling so well, it's exciting to know that you have so many options, something as a captain you are very, very pleased to see," he said, keeping the cards close to his chest. 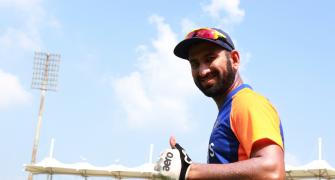 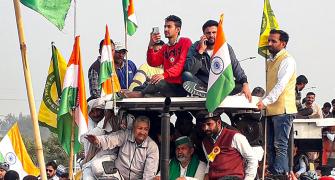