'His ability to chase things down in the limited-overs format and to pace it as well as he does as often as he does and be not out at the end is extraordinary.' 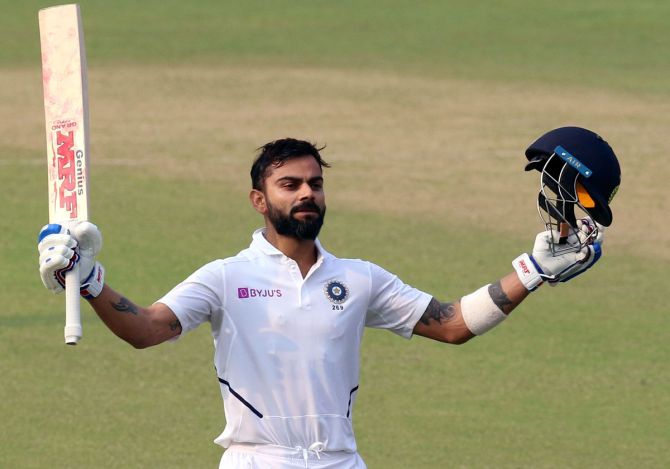 Root himself is considered one of the four best batsmen in contemporary cricket, alongside the prolific Kohli, Australian run-machine Steve Smith and New Zealand captain Kane Williamson.

"You're looking at three of the greatest players the game has seen," Root told The Analyst's Virtual Cricket Club.

"They're three brilliant people to watch play and learn from. I'm not sure I'd put myself in their bracket, to be honest."

While he admires Smith's hunger for big scores and Williamson's all-surface defence, Root is particularly impressed by Kohli's versatility.

"Virat is probably the most complete player out of the three of them across formats. His ability to chase things down in the limited-overs format and to pace it as well as he does as often as he does and be not out at the end is extraordinary.

"He's got a very good all-round game but you wouldn't say he's weaker against spin or pace."

Root, meanwhile, has high expectations from England's limited-overs stalwarts Buttler who is yet to reach the same high in Test cricket.

"Jos has been the most complete white-ball batsman we've had ever," Root said.

"I think he's a phenomenal player and I still don't think we've seen the best of him yet. Hopefully this summer in Test cricket can unlock doors for him.

"I saw a piece about (South Africa great) AB de Villiers and he said it took him 50 Tests to work out his Test game. I think it's very similar to Jos, to be honest."