‘It shows a lot of security within, and it means they have a lot of confidence to bounce back so I won't be surprised if India bounces back very quickly and in a big fashion.’

Former Pakistan women's skipper Sana Mir reckons that the Babar Azam-led side's emphatic victory over India in the ICC Men's T20 World Cup justifies their tag of being the favourites of winning the tournament.

Pakistan had handed India ten-wicket hiding on Sunday at the Dubai International Stadium. This was the first time that Pakistan won a T20I by ten wickets.

"It was incredible to see Pakistan beat India by ten wickets. I think every Pakistani has been waiting for this win for quite some time. It is the first time Pakistan has beaten India at an ICC Men's Cricket World Cup and they did it in quite a grand style. It was one of the most immaculate performances that I've seen from Pakistan's men's team, they were outstanding in all three departments; I don't recall one mistake, they were quite brilliant," Mir wrote in her column for ICC.

"Shaheen Shah Afridi set the tone with the ball with the two big wickets at the top and he was really well supported by all the bowlers and there was great energy in the field. It felt like everyone knew exactly what their role was, there was a lot of clarity which I'm a big advocate of. Mohammad Rizwan's first six set the tone with the bat and I can say plenty about his partnership with Babar, but it won't do justice to how well they batted," she added.

"With this performance, Pakistan has definitely become one of the favourites for the tournament, but it was heartening to see Babar and Shaheen not get carried away when in front of the media, they were focused on the next games. It is a great sign that they are staying level-headed and shows the team is going in the right direction," she added.

Further talking about Virat Kohli, Mir said, "Virat Kohli handled the defeat with so much grace and I admire his sportsman's spirit. It's really good to see the top athletes, who are role models, behaving in the way he did. It shows a lot of security within, and it means they have a lot of confidence to bounce back so I won't be surprised if India bounces back very quickly and in a big fashion and I hope we can see Pakistan and India play each other again in this tournament." 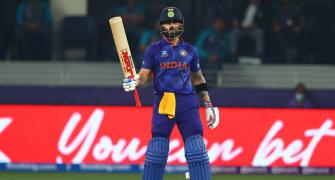 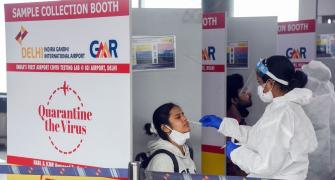 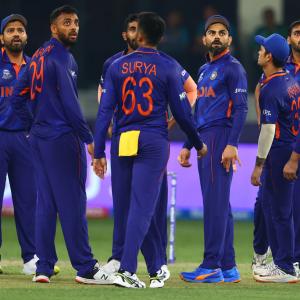 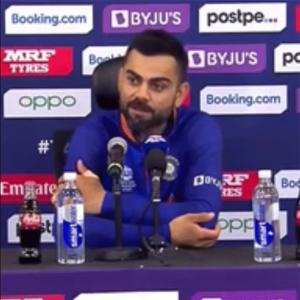