'New Zealand are in a sweet spot. No-one's talking about us too much.'

'We're forever the underdogs and that suits us quite well.' 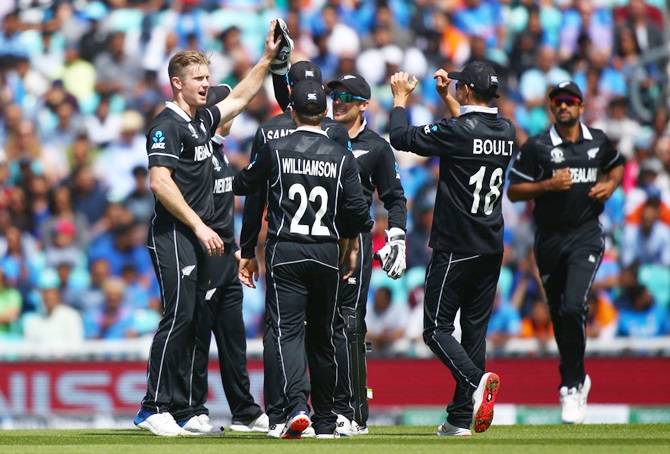 IMAGE: Since the last World Cup, New Zealand have risen as high as second in the world rankings but have been beaten at home by South Africa, England and India. Photograph: Jordan Mansfield/Getty Images

New Zealand are flying low at the World Cup and that suits them down to the ground, according to James Franklin.

The seven-time semi-finalists are playing it cool in England and Wales, with the understated Kane Williamson at the helm.

Since the last ICC men's cricket World Cup, New Zealand have risen as high as second in the world rankings but have been beaten at home by South Africa, England and India.

Franklin, who made 15 World Cup appearances in his career, is quietly confident Williamson's side can reach the final four again.

"New Zealand are in a sweet spot. No-one's talking about us too much," said Franklin, speaking at the Opening Party on The Mall in London.

"We're forever the underdogs and that suits us quite well.

"We haven't been leading the world, I think England have been in front in recent years, but we've still been playing very consistent cricket.

"If we can get some form going over the next few weeks, there's no reason why New Zealand couldn't go on and win the World Cup.

"I think the New Zealand public and team will be confident they can go deep into the tournament."

Brendon McCullum overhauled the Kiwi cricket culture to lead the country to the 2015 final on home soil, falling to Australia at the final hurdle.

Williamson, who has made 11 ODI centuries, has taken up the mantle with New Zealand winning 43 and losing 30 games since the 2015 showpiece.

The Black Caps skipper has plenty of senior figures around him in England & Wales, with world number three batsman Ross Taylor and Martin Guptill adding experience.

Franklin revealed Williamson's batting is very much like his captaincy - measured, tactical but just as steely as his rivals.

"I think Kane has a quietness about him, but he's assertive and he knows what he wants," he said.

"In terms of his leadership, his batting is probably a reflection of it. It's methodical, but sneakily efficient and world-class.

"I think his captaincy is exactly the same. I don't think he's a Brendon McCullum-style leader, when you see everything and it's attacking.

"Kane is measured, but knows exactly how he wants to manage his bowlers, his batsmen and what he wants New Zealand cricket to achieve." 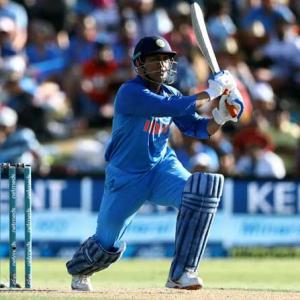