Kings XI will look to go all out against Gujarat Lions 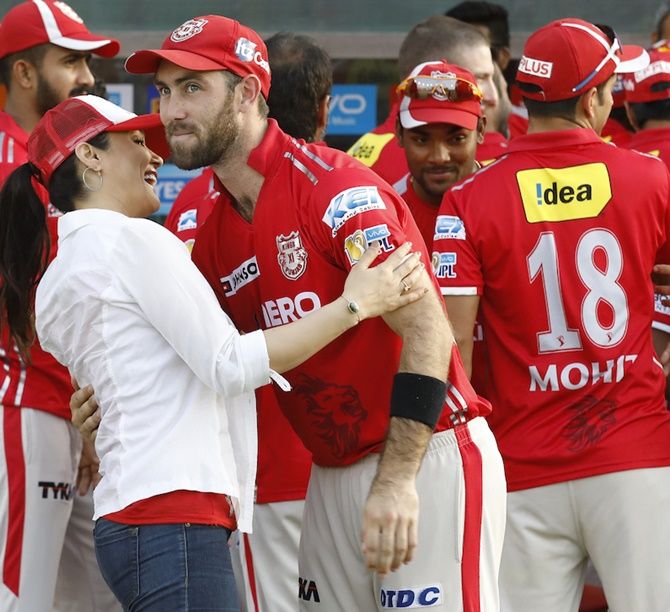 On a roll with back-to-back wins, a resurgent Kings XI Punjab will look to go all guns blazing against down and out Gujarat Lions in Mohali, on Sunday, to keep their IPL play-off hopes alive.

After registering a comprehensive ten-wicket win on their hometurf here a week back against Delhi Daredevils, KXIP pulled off another win against bottom-placed Royal Challengers Bangalore in Bengaluru on Friday.

Punjab had bundled out Daredevils for 67 the other night, while they defended a modest 138-7 by dismissing RCB for 119 to register a 19-run win.

It was all-rounder Axar Patel who first smashed a 17-ball 38 and then followed it up with 3/11, to dash the hopes of Virat Kohli led side.

In the eight-team competition, Punjab are placed at number five spot with five wins and ten points from 10 games, while Gujarat Lions have just three wins from 11 games with six points.

With their win against RCB, Punjab, who had reached the finals of the 2014 edition, have improved their chances of making it to the playoffs.

Hashim Amla has been their highest run-scorer with 316 runs, which included a century against Mumbai Indians. Martin Guptill, Shaun Marsh, Manan Vohra, Wriddhiman Saha, Axar Pate-- all have chipped in from time to time but they need to be more consistent to lend depth to KXIP batting.

For Punjab, the form of their skipper Glenn Maxwell has been a cause of concern. Maxwell, who can single-handedly destroy any bowling attack, has been off-colour, getting under 200 runs in 10 matches, with an unbeaten 44 being his highest score this season.

Pacer Sandeep Sharma's brilliant three-wicket haul blew away RCB's top-order to set up the win for Punjab and he is their best bowler.

Seamers Varun Aaron and Mohit Sharma have the ability to do a good job, while spinner Axar Patel has proved himself with 13 wickets so far in the season.

Gujarat Lions, on the other hand, are out of contention and they are struggling at the second last position. Having finished an impressive third in their inaugural season last year, it turned out to be a disappointing campaign for the Lions in 2017.

The Lions are coming into the match following consecutive losses, which also includes the heartbreaking defeat against Mumbai Indians in a thrilling Super Over finish at Rajkot.

Despite posting 208-7, the Lions were blown away by Rishabh Pant's sensational 43-ball 97-run innings and Sanju Samson's 61 in their last match against Delhi and they would still be reeling from the seven-wicket loss.

Lions have also suffered a body blow losing their opener Brendon McCullum, who will miss the remaining matches after suffering a hamstring strain.

Skipper Suresh Raina and Dinesh Karthik have done bulk of their scoring and with the likes of Ishan Kishan, Aaron Finch, and Dwayne Smith in their line-up, Gujarat have the ability to tear apart even the strongest of the bowling attack.

But more often than not, it is their inexperienced bowling unit which has cost the side dearly.