Thisara Perera hailed the experience of the Sri Lankan bowling attack after they rescued victory from the jaws of defeat in a low-scoring thriller against Afghanistan in Cardiff.

Sri Lanka made a positive start to their second ICC Men’s Cricket World Cup 2019 match after being put into bat and found themselves on 144/1 before collapsing to 201 from 36.5 overs.

Afghanistan required a revised target of 187 from 41 overs following a rain delay, but they slipped to 57/5 in their chase and ultimately fell 34 runs short.

Nuwan Pradeep finished with his best ODI figures after taking 4/31 while Lasith Malinga also starred with the ball (3/39) as Sri Lanka bounced back from their defeat by New Zealand.

And while Thisara admitted his side were far from perfect after another batting disaster, he insisted they always knew they had a chance of success if their bowlers stepped up.

“We all believe in ourselves and we know we have an experienced bowling unit which is why we had five fast bowlers as we have that experience,” he said.

“We all know about this game and we had to take wickets otherwise we lost, so that’s why we had to stick to our basic plans and not do anything extra."

“This wicket helped all of our paces and I think we did pretty well. We were all talking about having to take the wickets, even Lasith (Malinga) and the captain."

“We had to take the wickets otherwise we were losing, so that’s why we all stuck together as a unit and we were focused on taking ten wickets to prevent a loss."

“As a batting unit we are disappointed because we got a nice start and after that we folded and lost five wickets almost back-to-back before the rain delay."

“We know we have some issues as a batting unit and I think we have to try and improve going forward. Hopefully this win will give us confidence for rest of the tournament.”

Having crumbled to 136 all out against the Black Caps three days earlier, Sri Lanka made a strong start with the bat against Afghanistan as Kusal Perera made 78.

They lost their remaining two wickets on the resumption of play, leaving Afghanistan with a target of 187 under DSL as they looked for a response to their defeat to Australia in their opener.

However, despite the best efforts of Najibullah Zadran (43) and Hazratullah Zazai (30), Gulbadin Naib’s side were unable to claim their first-ever World Cup win against a Test-playing nation.

Thisara took 1/19 with the ball for Sri Lanka and played a key role in the dismissal of Hazratullah, taking a brilliant catch at long leg, but he stressed the importance of the team effort.

“We had to stay as a unit and we knew to win the match we had to take our chances, so I was delighted to take the catch of Hazratullah Zazai and we also had a run out,” he said.

“As a fielding unit and as a batting unit, I thought we did pretty well. We had to bowl the right length because when we were batting we had a nice start and then after hat we lost wickets."

“That’s why when we were fielding we were keeping the ball in good areas and at a good length, so after that Nuwan Pradeep took crucial wickets."

“We just had to keep our line and length and not panic. If one time you bowl in the right areas we knew that we could take the wickets we need to win.” 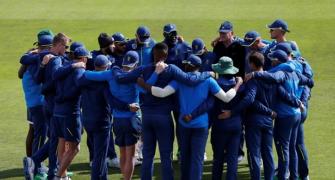 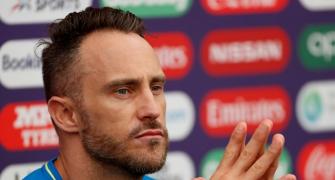 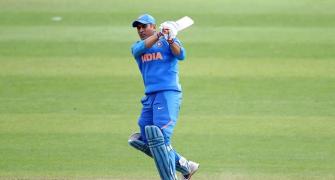 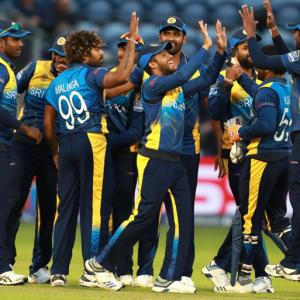