‘Why doesn't anyone talk about this? Why don't they speak the truth? I have played my entire cricket with utter honesty’

Former spinner Danish Kaneria on Sunday claimed that the bookie, who had a role in 2012 spot-fixing scandal in English county cricket, frequently visited Pakistan on PCB's invitation and that the national team players knew him. 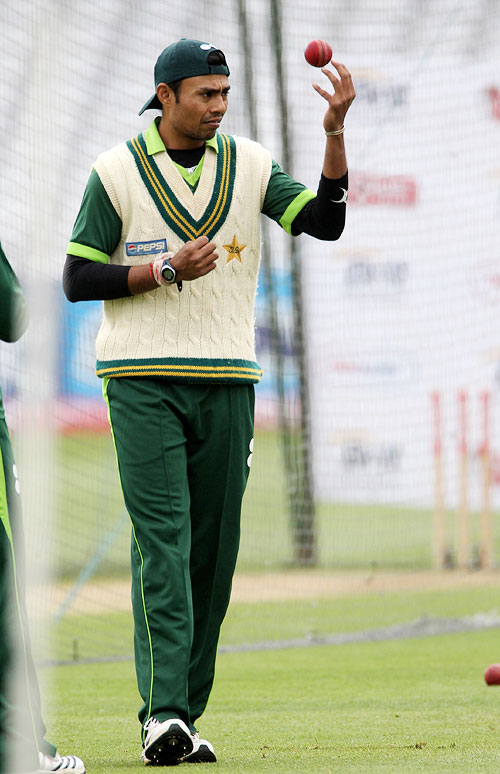 The 39-year-old Kaneria, indicted in a spot-fixing case while playing county cricket in 2012, alleged that the bookmaker was known to the Pakistan Cricket Board officials.

"I have always been portrayed from the wrong angle. When people have the opportunity to speak the truth, they do not, they twist facts and tell. I am telling you the reality today. In my case, the people who introduced me to the person, who were they? My case is open to all," Kaneria said on his YouTube channel.

"The entire Pakistan team knew that person (spot-fixer) and so did the officials. That person also kept coming to Pakistan on official tours. He was invited by the PCB. I never knew that person personally. I was introduced to him by stating that both of us belong to the same religion."

Following the scandal, Kaneria's Essex teammate Mervyn Westfield was imprisoned for two months at Belmarsh prison in London after he pleaded guilty of accepting USD 7,862 from an illegal bookmaker, Anu Bhatt, for conceding 12 runs in an over.

Kaneria was named the middle man in the scam, having introduced Westfield to Bhatt.

"Why doesn't anyone talk about this? Why don't they speak the truth? I have played my entire cricket with utter honesty," said Kaneria.

Kaneria also suggested that he was treated unfairly by the Pakistan cricket establishment, which took into its fold players who "sold country for money" but did not accord him the same favour.

"People who speak about fixing, they should read the charges that were labelled against me. I had accepted both the charges. I made a mistake but I didn't sell my country.

"Here there are people who have sold their country and went to jail and then they are still welcomed to the team. I never sold my country for money."

He was clearly referring to the PCB welcoming back pacer Mohammed Amir after he served a jail term for his role in the 2010 spot-fixing scandal in England.

"... I played for 10 years with determination and hard work. I didn't make excuses that I have a back injury nor did I take early retirement. I used to bowl 30-40 overs in a day. My fingers used to bleed, I gave blood to the cricket pitch but I didn't give any chance to anyone to replace me," he said.

"I also played county cricket in all three formats and performed at the highest level but here I have been labelled only as a Test cricketer."

Kaneria found himself embroiled in a controversy after his former colleague Shoaib Akhtar revealed that the leg-spinner was subjected to discrimination based on religion because he is a Hindu.

"To those who are saying I did this for cheap fame and for my YouTube channel, I want to remind them that I did not do it, Shoaib Akhtar spoke about discrimination against me on national television," he said.