Johnson ruled out for five months through foot injury

Paceman Mitchell Johnson is likely to be sidelined for up to five months with a foot injury, Cricket Australia said on Wednesday, almost certainly ruling him out of upcoming Test series against New Zealand and India.

The 30-year-old, who has taken 190 wickets in 47 Tests, injured his left foot in the recent Test victory against South Africa and subsequent scans revealed a piece of metal embedded under his big toe. 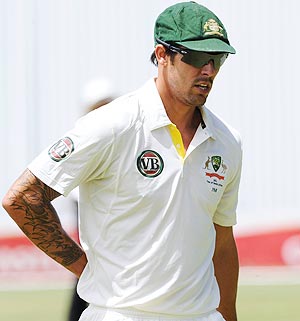 "Mitchell will travel to Melbourne this week to be reviewed by specialist doctors and will most likely need surgery, which is expected to keep him out of cricket for four to five months," team physiotherapist Alex Kountouris said in a news release.

"The programme for his recovery will be assessed following any surgery."

Johnson, ICC Player of the Year in 2009, has endured a disappointing 12 months with the ball since being unceremoniously dropped for the second Ashes Test against England last year.

He returned with a nine-wicket haul in the third Ashes Test in Perth but has rarely threatened to reach such heights since, taking just three wickets at the cost of 255 runs in the two recent Tests in South Africa.

Australia captain Michael Clarke said the loss of Johnson for a long period was "disappointing" for the team but thought a spell on the sidelines could be beneficial for the fast bowler in the long term.

"I think it could have a good impact, to be honest, it gives him some time away from the game to clear his head and get himself fit and strong and get himself back," Clarke said in Brisbane.

"I think injuries have in the past helped a few of our players come back bigger and better ... I see no reason why he can't get back to his best, if not better, after the operation."

The left-armer was one of five players unavailable through injury for the first of two Tests against New Zealand, which starts on Thursday at the Gabba.

Australia, who play India in a four-Test series starting in late December, have included four uncapped players in their squad for the Brisbane match, including three pace bowlers.

© Copyright 2021 Reuters Limited. All rights reserved. Republication or redistribution of Reuters content, including by framing or similar means, is expressly prohibited without the prior written consent of Reuters. Reuters shall not be liable for any errors or delays in the content, or for any actions taken in reliance thereon.
Related News: Mitchell Johnson, New Zealand, Brisbane, Michael Clarke, Cricket Australia
COMMENT
Print this article
Fractured rib puts Praveen Kumar out of Australia Tests
Johnson backs Olympic ban despite CAS verdict 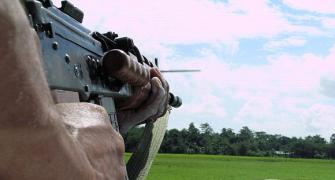 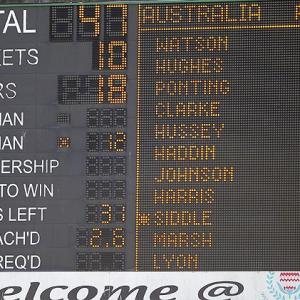